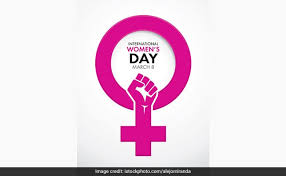 Organised by the Federal Ombudsman Secretariat for Protection against Harassment (FOSPAH) on Thursday, the event titled ‘Inclusion not Seclusion’ was attended by a large number of people, including parliamentarians, diplomats, government officials, civil society representatives, academia and media.

Dr Arif Alvi urged all segments of the society to play their role in ensuring women rights and instead of merely providing lip service, take practical steps for financial independence of women. “We agree to protection and provision of women rights, but the same concept is not implemented in the society.”

He said that it is important to make law on protection of women but more important is effective implementation of these laws. He stressed for changing culture of police stations. “Police stations are first step on access to justice, but women are not ready to approach police stations because of the environment.

The president said that women would remain vulnerable for physical and mental violence unless they are made financially independent. “It is not enough to blame culture and tradition for violation of women rights. There is a need to change traditions that harm women socially and economically,” he said adding that this mind set change is possible only when women are educated.

Talking about the issue of stunting, he said 40 per cent children suffer mental weakness only because their mothers are not provided enough nutrition during pregnancy. “Women silently take the burden of health, sanitation, care, upbringing of children etc. They contribute both in household as well as at workplace, but their contributions remain largely unrewarded. It is our responsibility to provide them their due rights of health, education, protection and respect.”

The Federal Ombudsperson on Harassment against Women, Kashmala Tariq, said that International Women’s Day is an occasion to celebrate the achievements and contributions of women. She said that women are performing extraordinary in all sectors. She shared that in recent years, almost 40 per cent of those who qualified as CSP officers are women. “In our parliament, 21 per cent members are women that are way ahead many other countries.”

Kashmala said that it is important to sensitise and engage men to ensure women rights. She emphasised on capitalising maximum potential of women that make more than half of the total population. She also explained the function of Harassment Ombudsperson and said that men can also file complaint in the ombudsperson in case they face any kind of harassment at workplace.

State Minister for Climate Change Zartaj Gul talked about the responsibilities of women who have been privileged enough to reach a decision making position. “It is our responsibility to become voice of underprivileged women,” she said adding that women are not equal to men because they are better than men. She urged men to support their women and stand beside them in achieving their dreams.

Federal Minister for Maritime Affairs and Shipping Ali Zaidi said that men could not excel without the support of women. Looking at the progress of women, he warned Modi that this time, it was Hassan Siddique, who brought down Indian warplanes, but next time they might find Haseena Siddique protecting the country’s airspace the same way. The event also included colourful singing performance by girls from Lok Virsa and screening of an ISPR song dedicated to women of Pakistan.