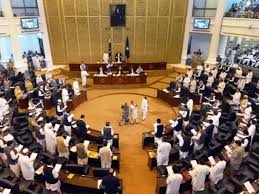 Peshawar: A total of 30 women candidates from different political parties from the tribal districts have submitted nomination papers with the provincial election commissioner for four women reserved seats in the Khyber Pakhtunkhwa Assembly.

Similarly, nine candidates have filed nomination papers for one non-Muslim seat in the KP Assembly. With the Khyber Pakhtunkhwa Assembly’s election in the erstwhile Federally Administered Tribal Areas (Fata) 16 seats to be held on July 2, the provincial election commissioner, Pir Maqbool Ahmad, who is returning officer for the reserved seats, has directed political parties to submit priority lists of their candidates for the four seats reserved for women and one for non-Muslims until May 11. However, the returning officer through a notification had asked only those registered as voters in the erstwhile Fata were eligible to file nomination papers against the reserved seats. Anita Mahsud from South Waziristan, Jasica Khan, Khyber district, Tabbasum and Robina Gul, North Waziristan, submitted nomination papers as candidates of the PTI.

The general seats will be filled through direct election while the five reserved seats will be filled through proportional representation of number of general seats won by a political party for which every party has to submit its priority list of candidates. A total of 2.691 million voters, including 1.074 women will exercise their right to vote. The highest number of 522,480 voters is registered in Bajaur tribal district. The voters include 308,104 (59 per cent) men and 214,376 (41 per cent) women.