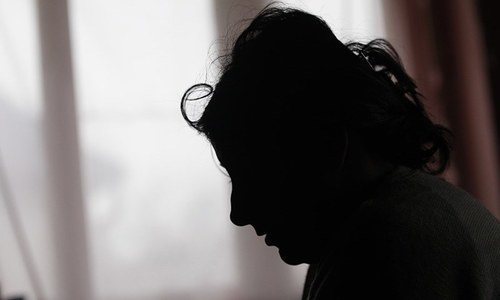 Karachi: Police have registered a case against four suspects on the complaint of the mother of a rape victim after a medical report confirmed that her teenaged daughter was subjected to a sexual assault, it emerged on Saturday.

Karachi police chief Dr Amir Ahmed Shaikh ordered an inquiry into a video statement of the mother of the rape victim that went viral on social media two days ago.

The Gulistan-i-Jauhar police booked a 60-year-old woman on the complaint of the girl’s mother as she accused her of being “responsible for the rape of her daughter”.

On Friday night at around 11.30pm, the police brought the 15-year-old girl for a medical examination at the Jinnah Postgraduate Medical Centre.

Medico-Legal Officer Dr Zakia Khurshid carried out her medical examination, which confirmed that she was subjected to a sexual assault, said Police Surgeon Qarar Ahmed Abbasi.

SSP East (Investigation) Dr Mohammad Farooq told Dawn that the woman claimed that her daughter was gang-raped around one week ago.

The police detained five persons for questioning, he said, adding that since the complainant claimed that two of the suspects were unknown, the police would hold an identification parade before the family.

According to the FIR, the complainant woman said that she was living in Gulistan-i-Jauhar along with her five children and her husband worked in Islamabad.

She stated that since the last few days, her daughter remained silent and was not telling any reason about it. Two days ago, the woman said another daughter told her that in her absence, four persons and one woman came to their flat. The woman had acid with her.

The complainant said that the four suspects subjected her daughter to gang-rape and threatened her to stay silent otherwise they would throw acid on her.

The police registered the FIR against the four men and the woman under Sections 376 (punishment for rape) and 34 (common intention) of the Pakistan Penal Code (PPC).

DIG East Amir Farooqi said that the complainant had earlier lodged a case against one of the suspects under section 354 (assault or criminal force to woman with intent to outrage her modesty) of the PPC on March 19.

The police had registered the case as she claimed at that time that she had relations with the suspect and he used to visit her apartment. Subsequently, the police presented charge sheet against the suspect in court.

Later, the woman had submitted an affidavit stating that on account of “some misunderstanding” she got the FIR registered against the suspect and asked the court to quash the case.

In the new FIR, the woman nominated a 60-year-old woman, who also lived in the same building.

The DIG said when the police contacted the elderly woman, she brought 25 other women of the same building to the police station stating that they were against the complainant and asked her to leave the place.

One of the suspects was an office-bearer of the apartment’s union.

SSP Farooq said that the union had asked the complainant woman to leave the flat on May 7. A few days ago, a huge fire broke out at a supermarket and some reporters covering the fire incident recorded the woman’s statement which went viral on social media, he said.