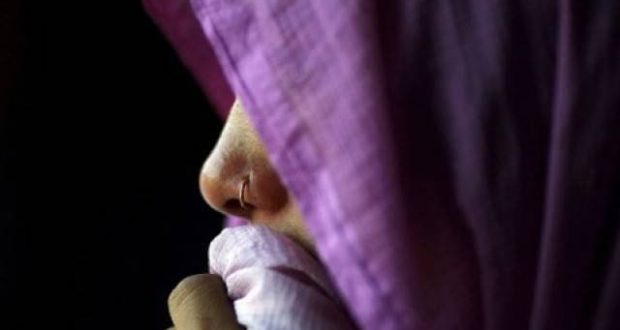 Man accused of raping minor surrenders to police in Karachi

Karachi: A man accused of raping a minor girl in Gulistan-e-Jauhar surrendered to the police on Sunday night. The victim’s mother had registered a case, alleging that the accused and his accomplices stormed into her home in her absence on April 8 and raped her 15-year-old daughter.

The prime suspect, Raza Bugti, claimed that he was innocent and was being trapped in a fake case. He added that he would prove his innocence before the court.

The mother said that she, along with her five children, lives in Block 4, Gulistan-e-Jauhar. Her husband, Asif, works in Islamabad and often visits them. She said that for the past several days, her 15-year-old daughter had been silent and refused to share the reason behind it. Later, the mother said, her 9-year-old daughter revealed that Shehzad Bugti, Raza Bugti, aunty Beena accompanied by two unidentified men, had come to her home while she was away.

Beena, who carried a bottle of acid, told her children that nothing would happen. Shehzad and Raza along with the accomplices allegedly raped her daughter and threatened her to remain quiet or they would throw acid on the family. For this reason, her daughter remained silent.

The mother said that she was moving a petition demanding legal action against them.

The Gulistan-e-Jauhar Police registered a case on the basis of the mother’s statement and handed it over to the investigation police.

A video statement of the mother had surfaced earlier in which she said that she works at the high court and that the police had not registered the case of her daughter’s rape accurately. She added that no medical test had been conducted of her daughter.

The additional inspector-general had asked her to register the case but the police registered the case incorrectly. The mother of the victim pleaded for justice.

According to the police, the complainant had previously filed violation of morals case through her daughter in which rape was not mentioned. The police had arrested Raza and two suspects and presented their challans in the court following which, the two suspects secured bails the next day. The investigation police have said that no one will be treated unfairly and the case will be investigated thoroughly after which, the case challan will be presented before the court.

The News: One arrested in Mansehra rape case