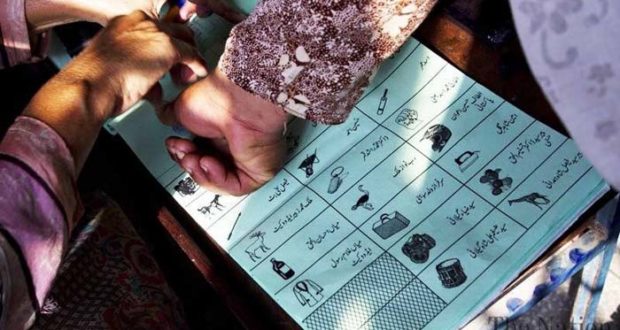 A chance for women to step out

Fifty five year old Zahida Bibi cast her vote for the first time in the July 25, 2018 elections. “My son brought women of our family in a car provided by a political party to cast our votes. I felt empowerment because earlier voting was perceived to be an activity specific to men,” she says.

Bibi is a resident of Mamond region of Bajaur, a former tribal district that merged with Khyber Pakhtunkhwa recently. Like other women living in the tribal region, she was not allowed to exercise their constitutional right to vote because of cultural taboos and in some cases tacit agreements among all contesting candidates.

Encouraged by the power of voting — as “The candidate I voted for won his seat” – Bibi is now eager to cast her vote again in the provincial assembly polls based on the 26th Constitutional Amendment Bill that was passed unanimously in the National Assembly on May 13, 2019. The Bill will increase the number of national and provincial assembly seats in former Fata. The date for the polls will be announced after the delimitation of the constituencies is done.

According to the ECP’s updated statistics, there are over 2.8 million voters in seven tribal districts and six frontier regions (FRs) and 1.13 million (40.34 percent) of them are women. Realising the strength of women voters in numbers, all major political parties have turned their attention on them.

Since 1997, when general elections on the basis of the adult franchise were introduced in tribal areas, only four to five percent tribal women have voted in the polls. Before that, the elections in tribal areas were based on selective voting — some 35,000 malaks and all men — were entitled to cast votes and a majority of them sold votes to the highest bidder. But in the last general polls of 2018 a visible change was witnessed.

The women voting ratio has also improved after the ECP made it mandatory that elections in a constituency would be declared null and void if 10 percent women do not cast vote, and because of it, all contesting political parties are making efforts to ensure women participation in the elections.

A total of 30 candidates from the merged areas, from different political parties, have submitted their nomination papers for four seats reserved for women in the KP Assembly.

However, the ECP noted that women voter turnout remained lower than 10 percent in two National Assembly seats (NA-10 Shangla and NA-48 North Waziristan) and in one KP assembly seat (PK-23 Shangla). The ECP nullified the election in PK-23 and polling was reordered in the constituency.

In the case of NA-48 North Waziristan, Mohsin Dawar, a leader of the Pashtun Tahafuz Movement, who won as an independent candidate, had informed the ECP weeks in advance that 89 out of a total of 161 polling stations in his constituency did not offer separate polling facility for men and women, and some 20 polling stations reserved only for women were not easily accessible to them. He warned the commission that it would discourage women in his ultra-conservative district to cast their votes.

However, only three women of 438 total candidates have submitted their papers on general seats. Among them is Ali Begum, who contested from Kurram in 2018 and secured 1,300 votes (most of them were women). Badam Zari from Bajaur, who contested the elections on a general seat in 2013 and secured 140 votes, has decided to not contest this time.

Shahida Shah, a rights activist working for women empowerment in the former tribal region says, “because of the sudden passage of the 26th Constitutional Amendment and the delay in announcing the poll schedule, women candidates interested in contesting on general seats got confused mainly because shortage of time”.

She adds major political parties, like PTI, Jamiat-e-Ulema Islam-Fazl, and Pakistan Peoples’ Party should be bound to award at least five percent tickets to women on general seats.