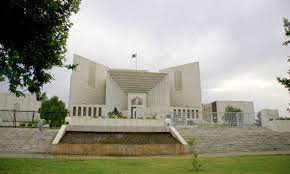 ISLAMABAD: The Protection against Harassment of Women at the Workplace Act 2010 (PAHWWA) surprisingly in its present form is just another piece of cosmetic legislation that is blinkered in its application, the Supreme Court has regretted.

“When the PAHWWA is examined as a whole, it does not live up to expectation as titled and preamble of the act suggests,” Justice Mushir Alam wrote in a judgment on a petition moved by a former employee of the state-run Pakistan Television (PTV).

A three-judge SC bench that heard the case of Nadia Naz regarding harassment at workplace, however, observed that the petitioner failed to establish the case of sexual harassment within the contemplation of the Act.

Nadia Naz was appointed as resource person (camera department) at PTV on Sept 4, 2007. She was proceeded against departmentally, charge-sheeted, show caused and consequently her service was terminated on May 13, 2017 during the pendency of her complaint before the Federal Ombudsman for Protection against Harassment of Women at Workplace.

Justice Alam observed that anyone could be subject to sexual harassment though in a culture and society like Pakistan women were the distressing majority of victims. Harassment in any society or organization was a testament to regressive behavior that created an intimidating, hostile, degrading, humiliating and offensive environment that had a devastating effect on any society or organization by adversely affecting its overall performance and development, the SC judge noted.

According to the judgment, the harassment, in all forms and manifestations, may it be based on race, gender, religion, disability, sexual orientation, age related, an arrangement of quid pro quo, and/or sexual harassment affects and violates the dignity of a person, as guaranteed under the Constitution.

Elaborating on the scope of PAHWWA, the judgment explained that rather than addressing issues of harassment in all its manifestation in a holistic manner, the Act was a myopic piece of legislation that focused only on a minute faction of harassment.

The Act confined or limited its application to sexualized forms, including orientation of unwanted or unwelcome behavior, or conduct displayed by an accused person towards a victim in any organization, Justice Alam observed, highlighting that insulting modesty or causing sexual harassment at workplace or public place had also been criminalized under Section 509 of the Pakistan Penal Code, 1860 that was punishable for a term that may extend to three years, or with fine up to Rs500, 000 or both.

The judgment explained that the definition of harassment under the Act suggested that any misdemeanor, behavior, or conduct unbecoming of an employee, or employer at the workplace towards a fellow employee or employer in any organization — may it be generically classifiable harassment — was not actionable unless such behavior or conduct was shown to be inherently demonstrable of its ‘sexual’ nature.

Any other demeaning attitude, behavior, or conduct which might amount to harassment in the generic sense of the word, as it was ordinarily understood, howsoever grave and devastating it might be on the victim, was not made actionable within the contemplation of actionable definition of harassment under Section 2 (h) of the Act.

Giving such restricted meaning to “actionable” harassment, by the legislature in its wisdom, impinges the very object and purpose for which the Act was promulgated, the judgement regretted, adding that the impact of harassment, as generically understood, and how restrictive its application had been made was very well articulated and thrashed out by the Islamabad High Court in the Shahida Masood case.

The Act was specifically legislated to protect not only working women but also men against “harassment having sexual nature” at workplace and, therefore, any conduct amounting to harassment of any other kind and nature, despite howsoever distasteful and injurious, was not made cognizable before the federal ombudsman, the judgment deplored.

The meaning of the term harassment as given in Section 2(h) of the Act could not be stretched to other conduct being not of sexual orientation, according to the verdict. Apparently, it noted, the reason for limiting the actionable offence of harassment could be its serious impact on all those involved, including both the potential ‘harasser’ and the potential victims, and the responsibility for avoiding instances of harassment on workplace regulators. 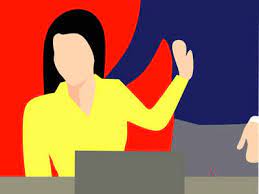 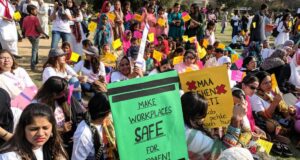