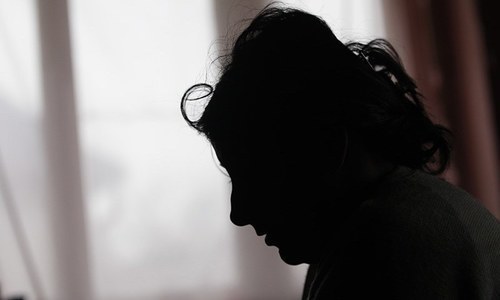 Adviser to the Prime Minister on Parliamentary Affairs Babar Awan has written a letter to National Assembly Speaker Asad Qaiser, seeking a review of the Domestic Violence (Prevention and Protection) Bill, 2021, by the Council of Islamic Ideology (CII) — a constitutional body that advises the legislature on whether or not a certain law is repugnant to the injunctions of Islam.

In the letter dated July 5, 2021, Awan has pointed out that the bill, initially passed by the National Assembly (NA) in April this year, was referred back to the Lower House of Parliament after the Senate suggested amendments to the proposed law.

The letter further states that concerns have been raised “regarding various definitions and other contents of the bill.”

It adds: “Most importantly it is being highlighted that the bill contravenes the Islamic [injunctions] and way of life as enshrined in responsibility of the state in Article 31 of the Constitution of Islamic Republic of Pakistan”.

Citing Article 230 (1) (b) of the Constitution, the letter says it “empowers the Islamic Council (CII) to advise a House, a Provincial Assembly, a President or a Governor on any question referred to it as to whether proposed law is or is not repugnant to the [injunctions] of Islam”.

Moreover, under Article 230 (1) (a), the body can make recommendations to parliament regarding ways and means to encourage Muslims in Pakistan to lead their lives, individually and collectively, in accordance with the principles of Islam, Awan has stated in the letter.

On these grounds, he wrote, it is advisable that the bill be referred to the CII.

Passage of the bill

The Domestic Violence (Prevention and Protection) Bill, 2021, was initially moved in the NA by Human Rights Minister Shireen Mazari on April 19, 2021, and was passed by the Lower House the same day.

Through this act, a legal and institutional framework had been proposed for the territorial jurisdiction of Islamabad to ensure that victims of domestic violence were provided legal protection and relief and the perpetrators of this offence were punished, Mazari had said.

The bill was then referred to the Senate, where the opposition had defeated the government by one vote to block the immediate passage of the proposed law, insisting that the bill be referred to the relevant standing committee for further deliberation.

At the time, PPP’s Yousuf Raza Gilani, the leader of opposition in the Senate, had argued that while the bill was an important legislation that had taken months to be cleared from the NA, it needed to be referred to the standing committee.

A voice vote was then suggested to decide on the matter and when the opposition had defeated the government by 35-34, the Senate chairperson had directed the then yet-to-be-formed committee to present its report to the House on the matter two days after its formation.

The Senate Committee on Human Rights had later submitted the report on June 18, mentioning that the bill aimed to “establish an effective system for the protection, relief and rehabilitation of women, children, elders and other vulnerable persons against domestic violence in the territorial jurisdiction of Islamabad Capital Territory”.

According to the report, the law will empower courts to grant interim orders, protection custody and residence orders and award monetary relief to victims at the expense of respondents, and lead to the establishment of a protection committee to assist aggrieved persons and process their applications in court.

The report, however, had proposed multiple amendments to the draft as well, following which the bill was again referred to the NA.

‘Disappearing into a black hole’

Last month, the opposition in the Senate had raised alarm over the bill, along with other key human rights legislations it had sponsored, disappearing into a black hole to emerge in the form of government bills.

“A wrong practice is going on for quite some time which is a disincentive for members of the Senate who work hard on the bills with the civil society and their colleagues,” PPP parliamentary leader Senator Sherry Rehman had said while raising the issue in the house.

She had regretted that instead of using parliamentary committees for scrutinising and reviewing bills, countless progressive bills had just vanished from parliamentary agendas under the Pakistan Tehreek-i-Insaf (PTI) government.

“It is shocking how my Bill, ‘Domestic Violence (Prevention and Protection) Bill, 2020’, has been silently omitted from the agenda,” Rehman had added.

In 2016, the CII had proposed a bill that allowed a husband to “lightly” beat his wife “if needed” and prohibited mixing of the genders in schools, hospitals and offices.

That proposal had come under fire by rights activists.

“Allowing a husband to beat his wife, in any way, is against Pakistan’s Constitution and the international laws and treaties that Pakistan has signed and is bound by. This Council is a burden on the Pakistani taxpayer and bringing a bad name to Muslims throughout the world,” she had said, warning that the bill “will take Pakistan further into ignorance.”