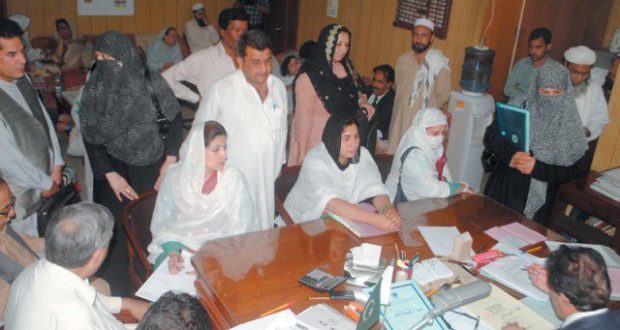 PESHAWAR: Local governments serve as an important avenue for getting practical experience in politics and decision-making before moving on to the larger, national arena and to advance women’s interests.

This was argued by speakers in a policy dialogue on “Women Leadership in Local Government”, organised by Blue Veins in collaboration with Bargad.

MPA Taj Mohmad said that “mere representation in local governments does not guarantee that women have any substantial influence over policy decisions, or that they will articulate women’s interests.”

Instead, he said that it depends on the “incentives provided to them as representatives, and it requires a conscious and deliberate action on the part of the women to make a difference. It also requires effective knowledge and understanding of how the system works.”

“Equal participation and representation of women in local decision-making processes is critical for prioritizing women’s practical needs and issues in local government agendas and for localising the Sustainable Development Goals (SDGs),” said Ayesha Bano, another provincial assembly lawmaker and a member of the Khyber-Pakhtunkhwa (K-p) Assembly Standing Committee on Local Government.

“Gender-balance in local governments can be an important step in helping to attain gender balance at the national levels,” she said.

“Decentralization arrangements can promote gender-equitable local level economic development and reduce poverty. There are opportunities to be exploited in enhancing women’s participation in local governance and their access to benefits from local development initiatives. There are also constraints to managed and addressed,” said Provincial Ombudsperson on Harassment of Women Rukhshanda Naz.

Qamar Naseem, a programme coordinator for Blue Veins said that “while the visibility of women in local government has increased, their numbers are still very low – both as administrators and as assembly members and counsellors.”

“The issue is not the numbers of women alone, but their self-knowledge, confidence, clarity of purpose, priorities, commitment and ability to skillfully present their perspectives,” he said, adding that women have to juggle multiple roles of being wives, mothers, daughters, community workers and income-generators which severely limits their time for community interaction and mobilization

“The under-representation of women at any level of governance and decision-making results in a democratic deficit,” argued MPA Asia Khattak.

Share0Pin0Tweet0LinkedIn0Email0
2019-06-28
admin
Previous: Structural violence against women and girls
Next: Police take away family of Farishta before their scheduled presser 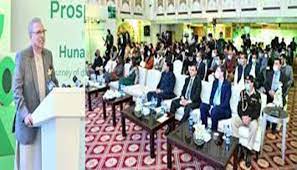