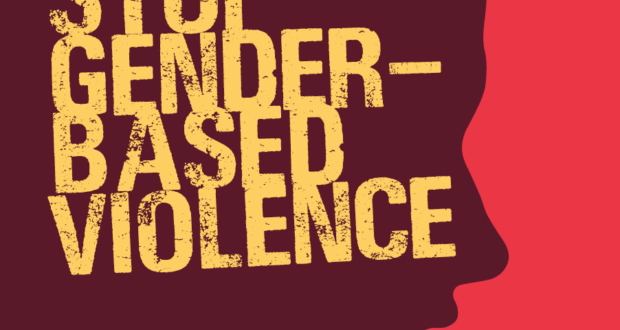 Structural violence against women and girls

“When one husband beats his wife, there is a clear case of personal violence, but when one million husbands keep one million wives in ignorance, there is structural violence.”— Johan Galtung, Violence, Peace and Peace Research.

In Pakistan, social media has been abuzz with reports, cumulatively revealing a brutal, consistent pattern of violence against women and girls. This pattern exposes two obvious issues; firstly, that violence against women and girls is accepted and acceptable. This is because in the real world, beyond the Internet, no real change is, or has, taken place to tackle the issue. The attempt at change has largely been cosmetic. Changes, such as removal of a police officer, if enough attention is given to a case or a tweet by a senior government official does not amount to meaningful and lasting change. The death penalty in child abuse cases will never deter child abuse, as the sentence does not deal with underlying issues around the abuse. In any case, the 2016 Amendments to the rape law already carry the death penalty in cases of rape against a child. Secondly, there is a consistent and long running pattern of violence in our society. Whether such violence is in the name of so called ‘honour’ or due to the rejection of a man’s unwanted advances or because of an animal like instinct that makes men justify rape on a 10-year-old child, all of these examples reveal that the problem of violence and its justification is systemic. It is deep-rooted in both formal State institutions, like the Police, and in informal ones such as the family. In other words, it is structural violence and if one merely scratches the surface, they will quickly find that violence against women and girls is rampant and endemic.

Galtung first coined the term structural violence in 1969 where he articulates that direct violence is where violence is directed by a particular person against another person, is visible and, therefore, what we tend to focus on it. The other type of violence is indirect violence. Indirect violence does not have an actor directing the violence, but is “built into the structure and shows up as unequal power and consequently as unequal life chances”. This includes the denial of resources, opportunities and access and is something that many Pakistani women and girls will recognise. From denial of food and school at a young age, forced and early marriage where children bear children, without personal agency over one’s body, proper healthcare, economic dependency, and no decision-making power in the household ‘indirect violence’ in Pakistan is pervasive. Evidence shows that in countries where there is wide gender gap, those countries are more prone to witnessing violence.

In terms of concrete figures, let us start with the electoral roll. As many as 12 million women are uncounted for. Tabeer’s* research shows that one million women are missing from the electoral roll in Karachi and Lahore alone. These very alarming figures are worse when one considers that to be on the electoral roll one must first get a CNIC. How many women have those? It is safe to say then that the only relationship the State has with such women is an indirect one. Mary McIntosh so aptly describes this in the “State and the oppression of women” as “the non-claimant status of women” where the relationship is between a male member on behalf of the whole family and where the affairs of a family are a no-go area for formal intervention.

Regrettably, when advances are made by the State in support of women, it is subjected to the whims of the next government. The Lady Health Worker, BISP and the VAW Centre, Multan were visionary in their approach with the State attempting to establish a direct relationship with women. However, the present government’s myopic understanding is challenging these important institutions in a poor attempt to erase previous governments’ efforts.

Unsurprisingly, international indicators do not cover Pakistan in glory. Pakistan has consecutively ranked second lowest in the Gender Parity Report by the World Economic Forum. We are ranked one above the war-torn Yemen. Ironically, political empowerment is where Pakistan ‘earns’ the points even though in the General Election of 2018 there were only 19.1% in comparison to 19.7% in the 2013 election, of women in federal and provincial assemblies. This is despite the 2017 election law requiring political parties to put forward at least 5% women candidates. In terms of other representation, according to the National Police Bureau, in 2018 women police comprised 1.5% of the whole police force. There are no female judges neither in the apex court nor in the Islamabad High Court.

Figures on violence are difficult to come by, particularly intimate partner violence. At best secondary sources of reported cases provide a glimpse of what is happening. Some 70-90% of Pakistani women face intimate partner violence at least once in their lives. ‘Honour’ related crimes were reported at 987 in 2015, according to the HRCP. Researchers and rights activists in Pakistan, however, widely accept that these figures are conservative estimates with the reality being far grimmer.

Yet our constitutional framework is progressive in its acceptance towards the equality of women. This is important as it shows the legal framework — to transform the lives of women — currently exists. Successive governments have also ratified international treaties including CEDAW, ILO conventions, including equal pay for equal work and the Convention on the Rights of the Child.

In the recent past, we have passed over a dozen pro-women laws. These include amendments in rape and ‘honour’ related crimes, new laws on sexual harassment and anti-women practices such as forced marriages. Three provinces have domestic violence laws and Sindh is the only province to have raised the marriageable age of a girl child to 18 years. Laws for minorities that work towards the protection of women have also been seen with the Hindu Marriage and Punjab Sikh Marriage Act.

Examining the issue of women and girls from the point of view of legal statutes, constitutional guarantees and ratified international treaties, Pakistan’s women and girls are not only equal they are also empowered. Unfortunately, instead of being at the verge of an awakening, we are in fact in the midst of an optical illusion. This is because laws on the statute books and international human rights instruments do not actually guarantee rights in practice. There is a substantial gap between the legal theory and what in fact happens on the ground. The greatest legal obstacle then for Pakistan’s women is that the legal and policy frameworks that have been established over the years have not been translated into de facto enforceable rights. The criminal justice system needs a complete overhaul with institutions like the police and judiciary (particularly the lower judiciary) requiring complete restructuring in terms of case management and gender-sensitivity among judges and staff. The vast majority of police officers still believe that a domestic violence issue is not a police matter, but a private one. This is despite the laws that have come into place to show a clear intention of the legislature.

Unfortunately, not addressing structural violence and its underlying causes has led to violence as an inter-generational phenomenon, increasing in volume and taking on more extreme manifestations. To break the cycle — Karl Marx once termed it social reproduction, that is generational rebirth of the same subjection and violence — State intervention is imperative. And is long overdue.