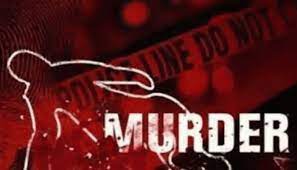 Woman stabbed to death by spouse

A woman, Hameeda, 40, was stabbed to death allegedly by her husband, Riaz Gul, in Data Nagar, Orangi Town.

A police officer said that the suspect managed to escape from the crime scene.

The body was shifted to the Abbasi Shaheed Hospital for medico-legal formalities. The officer said that the murder appeared to be an outcome of some “family dispute”. However, the exact nature of the dispute could not be ascertained