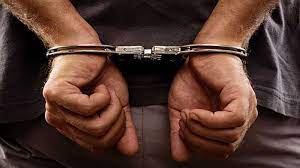 Posted by: admin in Gender Based Violence 14 days ago 0 7 Views

TAXILA: Fatehjang police on Friday arrested a man who allegedly killed a girl in Galyal village on Sept 9.

According to police spokesman, Ghulam Naseer, the father of the victim said he and his family members were sleeping in the courtyard of his house when his 18-year-old daughter was found missing.

Later, her body was found in a deserted place. Fatehjang police registered a murder case.

The spokesman said a team picked a suspect, Mohammad Hammad, a resident of Kott, who confessed to killing the girl.

The suspect, who was already married, said he wanted to marry the girl and upon her refusal killed her.