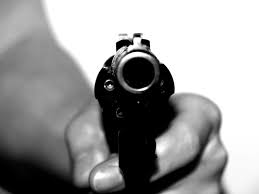 KARACHI: A pregnant woman was shot dead allegedly by her husband in a Malir locality on Friday, police said.

They said that Musafi, 35, was gunned down in Gulshan-i-Amna in Malir Halt.

An Airport police officer said that after a quarrel inside their home, the woman’s husband, Adam, pulled out his pistol, fired at her and escaped. She suffered critical bullet wounds and was taken to the Jinnah Postgraduate Medical Centre (JPMC), where doctors pronounced her dead.

The officer said that they had tied the knot around eight to nine months ago. The woman had four children from her first husband.

Quoting her brother’s statement, the police said the woman was pregnant. The couple had a dispute over some property, which led to the murder, they added.