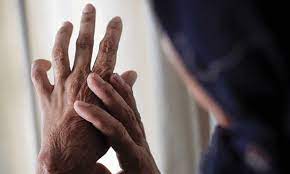 VEHARI: A man threw acid on a woman on Sunday with whom he had contracted a second marriage two years ago. The incident occurred at Mujahid Colony in the jurisdiction of the Burewala City police, some 40km from Vehari, on Sunday.

Mumtaz, 40, contracted a second marriage with Rashida Bibi, 34, of the same locality, two year back. Later, the couple ran into troubles after Mumtaz suspected his wife had an affair.

They exchanged words on Sunday and Mumtaz fled after throwing acid on her. Rashida suffered severe injuries on her face and body.

She was admitted to the THQ hospital, Burewala, for treatment.

SHO Altaf Bhrwana said the police arrested Mumtaz within hours of the incident in a case registered under section 336-B of the Pakistan Penal Code.

He said that Mumtaz claimed his marriage with Rashida was intact whereas Rashida claimed that the suspect was her ex-husband.