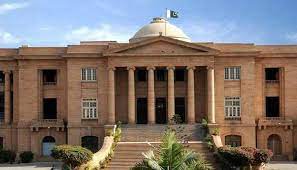 Symposium discusses how convictions can be increased in rape cases

Speakers at a symposium on Saturday discussed the role of lawyers and judiciary, and the importance of effective police investigation and victim support in the rape cases in the light of the Sindh High Court’s landmark judgment that directed the police, prosecution, medico-legal officers and presiding officers of trial courts to ensure strict compliance with standard operating procedures prepared for dealing with rape, sodomy and sexual violence cases.

The symposium titled ‘Rape Investigation and Trial: Under the Mandatory Guidelines of the Honourable High Court of Sindh’ was organised by the Legal Aid Foundation for Victims of Rape and Sexual Assault (LAFRSA) in collaboration with the Denning Law School at the law school.

Faisal Siddiqi, the LAFRSA’s founding board member and prominent lawyer who has undertaken several high profile rape cases, spoke on the importance of understanding that rape and sodomy were crimes of power. “The high rates of impunity in sexual offences are directly undermining the role of women as active citizens of the country,” he remarked.

He said that in the light of recent judgments of the Supreme Court, particularly with respect to solitary statements, it was possible to improve the conviction rate in the rape cases if there was the institutional and political will to do so.

Mohamed Vawda, the lead lawyer in the Kainat Soomro case, presented statistics showing an alarming disparity between the conviction rates in rape cases (3 per cent) and murder cases (over 23 per cent) and emphasised that it was not possible in any way that 97 per cent of the accused in the rape cases were innocent and deserved to be acquitted. “If such a culture of impunity prevails, fewer and fewer victims will come forward.”

He stressed that the Kainat Soomro case was a testament to the active role that members of the judiciary could play to improve the situation. Shahid Shafiq, a district and session’s judge and senior faculty member of the Sindh Judicial Academy, said it was extremely important for the judiciary to recognize the need for learning and staying updated with new legislation and emerging jurisprudence. He stressed that new laws and judgments must be utilized effectively.

Barrister Amna Usman, senior lawyer who has recently had major successes in high profile rape case appeals at the high court, spoke about major recent developments in jurisprudence in the rape cases and about the environment under which the Kainat Soomro case was filed. It was said that the petition was filed soon after Salman Akram Raja judgment of the Supreme Court and after a review committee formed by the Indian Supreme Court produced a 500-page document to guide rape investigations and trials in the aftermath of the Nirbhaya rape case in Delhi.

Ahmed Nawaz Cheema, the crime and investigations deputy inspector general of police, spoke about how the previously unused law on the witness protection was used in the recent motorway rape case and the victim’s identity was effectively concealed. “A major problem continues to be the fact that rape and other sexual violence cases are extremely under-reported,” he said.

He explained that timely reporting, effective investigation and convictions were more common when the victim was also murdered. Abdul Salam Shaikh, the AIGP forensics, said in Pakistan, the operations and law and order aspects of policing were given more importance but in other countries it was investigation that was the lynchpin of policing. “The trend is now changing; the focus is moving towards investigation. It is now extremely important to focus on securing crime scenes and streamlining processes,” he said.

Dr Sumaiya Syed Tariq, additional police surgeon at Jinnah Postgraduate Medical Centre and visiting faculty at the Sindh Judicial Academy, spoke about the immense dearth of manpower in the medico-legal department, the lack of understanding about possible sources of DNA and other evidence that could help increase conviction.

Palvasha Shahab, the co-counsel in the Kainat Soomro case and LAFRSA’s former executive director, said the SOPs set by the Sindh High Court were an imperative first step, the bare minimum towards improving the conviction rates and helping rape victims in a respectful and confidence-inspiring manner.

Asiya Munir, the LAFRSA’s lead litigator, spoke about the importance of making the victims feel secure and developing a relationship of trust with them.