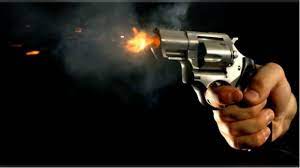 Posted by: admin in Domestic Violence August 11, 2022 Comments Off on Woman Allegedly Shot Dead By Brothers-In-Law in Attock 36 Views

ATTOCK – A woman allegedly shot dead by her brothers-in-law in the jurisdiction of Attock City police station. Police on the complaint of her mother have registered an FIR and are on the hunt to arrest the culprits. Widow of Safdar Khan told police that her daughter Robina was married to Aziz Ullah, resident of Kohat, and had a two-year-old daughter. She told police that her son-in-law Aziz Ullah had been arrested by police in a drug peddling case and since then the brothers-in-law of her daughter used to quarrel with her and used to give her life threats and now her daughter had been shot dead by them namely Shahzad, Siddique and Qasim. Her dead body was shifted to DHQ Hospital Attock. Meanwhile, a teacher Muhammad Amin committed suicide by climbing over an electric police in the limits of Pindigheb police station. Rescue 1122 shifted his dead body to THQ Hospital Pindigheb. As per police, the deceased committed suicide because of domestic issues.