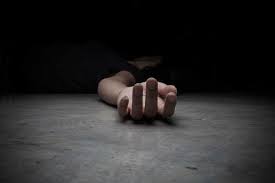 According to Rescue 1122, Attiqu-ur-Rehman (50) resident of Street 15 Mahmoodabad was depressed over monetary issues. On the day of inci­dent, he slaughtered his two daugh­ters with sharp edged weapon, killing them on the spot. Later, the accused hanged himself and committed sui­cide. They victims were identified as Alishba (17) and Zainab (11).

The bodies were shifted to mortu­ary for postmortem, said police.

On getting information, the police reached the site and collected foren­sic evidence from the crime scene.

Station House Officer (SHO) Hamad Yousuf told media that Attique was jobless for last one and a half year and he was residing in rented home. A sum of Rs146, 000 as rent of home was due against him and landlord was pressing hard for payment of rent.