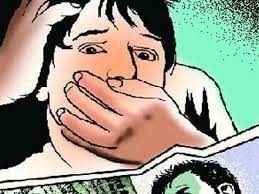 ISLAMABAD: At least 133 women were kidnapped and as many as 85 were subjected to rape across Pakistan during July this year, revealed the data compiled by the Sustainable Social Development Organization (SSDO) and the Centre for Research, Development and Communication (CRDC) through cases reported in the mainstream media.

Kidnapping remained one of the major crimes against Pakistani women for the third month in a row as out of 133 cases, 93 women in Punjab were abducted. In Sindh and Islamabad, 20 and 15 cases were reported, respectively. In Balochistan and KP, two and three cases of abduction were reported during the said period.

At least 85 cases of sexual assault were reported with Punjab accounting for 47 cases of rape.

In Sindh, 16 women were raped, while in KP 11 cases of rape were reported. Islamabad reported 10 cases whereas Balochistan reported one rape incident.

As far as cases of domestic violence were concerned, Punjab again topped the charts with 58 cases whereas KP and Sindh reported 17 and 15 cases, respectively. In Islamabad, four cases were reported and Balochistan registered zero such incidents.

In the name of so-called ‘honour, at least seven women were killed – four in Sindh and three in Punjab.

At least five cases of workplace harassment were reported in Punjab while Sindh accounted for two cases out of seven.

Over July, at least 108 children were sexually abused as violence against children continued to plague society. Punjab reported 42 cases, followed by 32 cases in KP and 21 in Sindh.

The lowest number was reported in Islamabad, 10; and Balochistan with three cases.

At least 82 children were kidnapped across Pakistan, 30 of them from Punjab, 27 from KP, 13 from Sindh, eight from Islamabad and four from Balochistan.

At least 37 children were also physically abused: 14 in Sindh, 11 in KP, 10 in Punjab, and two in Islamabad. Zero cases were reported in Balochistan. Continuing on the tangent of physical violence, at least 22 children were murdered in July – 10 were murdered in Punjab while Sindh and KP reported five and three cases, respectively. Balochistan and Islamabad reported two cases each.

Punjab and Sindh reported three cases each of child marriages whereas eight child labour cases were reported in Punjab and one case was reported in KP.

On the other hand, there were no reports of cases of child trafficking or psychological assault against children.

SSDO Executive Director Syed Kausar Abbas said, “The aim of regularly publishing this data is to bring attention to the rapid increase in violence against women and children … We hope that this data can be a resource for relevant authorities to take action.”

Other Sources: The News