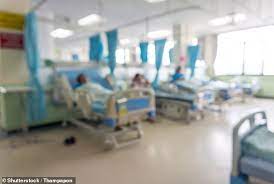 Posted by: admin in Gender Based Violence June 30, 2022 Comments Off on Woman allegedly raped in clinic 37 Views

RAWALPINDI: A woman was allegedly raped by two persons at gunpoint in a clinic in Sadiqabad.

The victim lodged a first information report (FIR) in which she stated that she visited a seminary a few days ago in Sadiqabad as she was looking for a job when a man approached her and offered to arrange employment for her.

The FIR stated that she was asked to reach a clinic located along Kuri Road for an interview, adding that when she reached the location, she found two persons sitting there. One of them locked the door from inside and the other held her at gunpoint. She alleged that the two men then raped her.