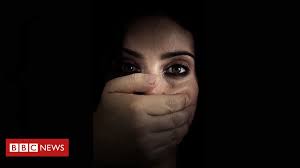 RAWALPINDI: A woman was allegedly raped in the Race Course police area.

The victim lodged an FIR with the police on Tuesday saying that the suspect was learning the Holy Quran from her husband online and used to visit her house.

Some six months ago he came to her house when she was alone and allegedly raped her at gunpoint.

The victim, a mother of two, said in the FIR that she was raped by the accused several times as he started blackmailing her.

She informed her husband who referred the issue to the masjid committee.

She claimed that after her husband brought the matter to the masjid committee, the suspect apologized to her husband.

The rape victim further said that after the suspect was fired from the committee, he again started blackmailing her.

An FIR was registered against the suspect and the victim was taken to hospital for medical examination following the court permission.

Police said the suspect was yet to be arrested.