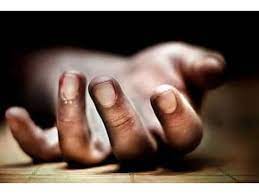 ISLAMABAD: A woman was killed by her cousin who wanted to marry her in the capital’s rural area, police said.

The incident took place in Alipur where the victim, identified as Samia Ashiq, was shot dead.

According to the police, one of her relatives wanted to marry her, however, when she was engaged to another person, he got enraged, came over to her house and opened fire on her.

As a result, she sustained multiple injuries while the attacker managed to escape, the police said, adding that the injured woman was taken to the hospital but she died on the way.