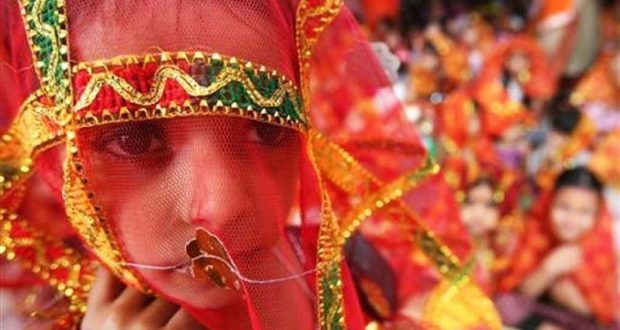 These are also central to Pakistan’s efforts towards achieving the Sustainable Development Goals (SDG) by 2030.

A memorandum of understanding (MoU) was signed in this regard by UN Women Country Representative Jamshed Kazi and WPC Secretary Munazza Hassan at the National Assembly on Thursday.

Mr Kazi said a similar MOU has also been signed with the Khyber Pakhtunkhwa Assembly WPC, and expressed the hope that the provinces and parliament would legislate to end child marriage across the country.

It was agreed that the issue of child marriage needs attention and efforts at all levels, and both UN Women and the WPC acknowledged the urgent need for consolidated and concerted action to curb child marriages in all parts of Pakistan through advocacy, awareness-raising and legislative reform.

Ms Hassan said women parliamentarians would approach lawmakers and listen to their concerns about the child marriage bill.

“We will address those issues and collectively work to scale-up efforts for pro-women legislation at all levels,” she said.

The WPC is a cross-party forum of women parliamentarians to work on an agreed-upon agenda for women’s socioeconomic empowerment and political participation in the country.

UN Women is the United Nations organisation dedicated to gender equality and the empowerment of women.

Under the partnership, the WPC will support the mandate of UN Women to attain broad-based consensus amongst all women parliamentarians for the socioeconomic and political development of Pakistani women and to enable women parliamentarians to work beyond and above party lines to advance women empowerment and gender equality.

Mr Kazi said: “The timing of this signing is very important as the bill against child marriages is now a national agenda, we must act now to make sure the future of our girls and women is safe and that they have right to say no before reaching certain age.”

He added that national development requires women’s empowerment and reducing discrimination and violence against women and girls.