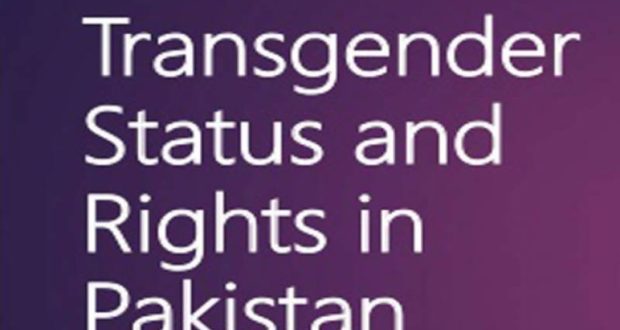 ISLAMABAD   –    The crime ratio and violations of transgender rights in Pakistan particularly in Khyber Pakhtunkhwa (KP) is on the rise, however, the relevant authorities seem least concerned to this serious issue.

The transgender community is one of those ignored and neglected segment of the society, who are vulnerable to stigma and harassment and ignorance.

However, the KP government has taken many measures in this regard to protect the transgender community from any violence and harassment.

Even then many rights activists and individuals from the transgender community have termed these measures as hollow claims of the provincial government.

Talking to The Nation, a transgender rights activist Izna Shah said that it is true that the government had passed many laws regarding the protection of transgender community, but these laws are yet to be implemented.

She added that they are ignored in every walk of life and even in hospitals they are frequently facing discriminatory issues as no one is ready to treat them as humans.

She said that fair implementation of relevant laws is needed to ensure their rights protection through arresting rights violations.

She claimed that the KP government had announced to allocate a separate ward for transgender community in hospitals in order to save them from discrimination and stigma, but it is just a hollow claim.

According to her, one of her transgender friend was stabbed by someone in the province and when they rushed her to hospital, the doctors were making fun of them and were not willing to treat her.

According to the Trans Action Pakistan, an organization working for transgender rights since 2015, more than 65 transgender people have been murdered and only few accused faced legal actions.

Izna Shah explained that a transgender person’s first harassment starts from her family, who generally force her to flee home in order to save her life. Recalling her past days at home, she said that she was in 10th class when her siblings and parents came to know she was a transgender and after that her brothers and father wanted to kill her.

She further said, “My mother was my sole supporter at my home, but when my father and brothers wanted to kill me, my mother forced me to run away if you want to save your life.”

She claimed that one of her transgender friends known as “Warha” was raped by 14 people and it was happening with them as a routine, she lamented.

“The ratio of violence against transgender community is increasing and the situation for them is very uncertain,” said Taimur Kamal, a KP based rights activist and member of Trans Action Pakistan, while talking to The Nation.

He claimed that the KP government had allocated a budget of Rs 20 million in the 2017-18 fiscal year, but not a single penny was used for their welfare and development.

He revealed that no budget was for the transgender community in the current fiscal year which is a matter of great concern.

He said that in order to reduce the stigma against the transgender community, effective steps are direly needed to change the mindset of society.

According to Taimur, around 30 transgender persons have acquired the driving license in KP, which is a good progress on the part of transgender community.

According to the latest census, there are more than 10,000 transgender persons living in Pakistan with 913 living in KP alone.