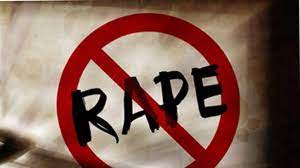 Posted by: admin in Gender Based Violence April 26, 2021 Comments Off on Three rape, four kidnap incidents occur in Okara 127 Views

OKARA: Two girls and a boy were raped while four girls were kidnapped in separate incidents during the last 24 hours in the district.

In village Baghiana Shah Baig, 14-year-old girl (A) was alone at home when a man raped her while another stood guard. Gogera police registered a case on charge of rape against two identified suspects.

Another girl (F) was kidnapped from Sukh Chain locality and raped. Saddar police registered the case against four suspects.

A 12-year-old boy from village Rohaila Tajeka was taken away on pretext of play by a suspect who raped him.

In the kidnapping incident, Shanza was kidnapped by Hasan and his three suspects from Shamas town when she was coming home from her college. She was taken to Pattoki. Hasan wanted to marry Shanza but his proposal was refused.

In Hujra Shah Muqeem, 18-year-old Sakina was abducted by one Naeem and his three accomplices. Police registered the case against the suspects.

A student of class VII, identified as Kausur, was on the way to school when she was kidnapped from Rajowal. Hujra Shah Muqeem registered a case against six suspects, including three nominated ones. Umme Ishrat, a resident of Ashraf town, was abducted by four unidentified suspects. B-Division police registered a case.