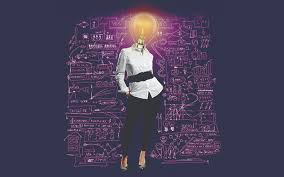 The place of women

The proportion of women entrepreneurs in Pakistan is dismally poor, barely a percentage of the country’s entrepreneurial community. Unless more women embrace business ventures, their economic participation and emancipation would remain meagre and a challenge for national development.

One of the major reasons for women to remain behind entrepreneurially is lack of access to finances.  The gender-wise distribution of gross loan portfolio of the State Bank of Pakistan shows that only three per cent of small-medium business loans go to women as compared to ninety seven per cent given to men. Similarly, only thirteen per cent of the microfinance loan is provided to women while eighty seven per cent of the loan goes to men. An aspiring female entrepreneur in Pakistan cannot open a bank account without mentioning her father and husband’s name in the presence of a witness. These impediments are not due to discrimination in banking regulations; in fact, according to a study conducted by the Asian Development Bank, this gap is the result of the banks’ preconceived notions that women clients lack creditworthiness, they are dependent on men and that obtaining information about their reliability is difficult. In addition to these structural barriers, women, both in the rural and urban centers, have been found unaware about the financial services available to them.

The employment rate for women in Pakistan is also not very encouraging, which is around 4.3 per cent. It is even lower in industries. The work environment discourages women to engage in economic activities because of the failure of the organizations and industries to provide for special arrangements, such as daycare centers for women having children, enforcement of Workplace Harassment Act, which has been duly passed by the federal and a few provincial governments. Women in the rural setting suffer even more at the hands of the profit seekers who take advantage of these women being illiterate, poor and unaware about their rights enshrined in these statutes.

Just as the environment throws challenges in the way of women restricting their abilities to enter into entrepreneurship, so are there challenges within women that put obstacles in their paths towards becoming economically independent. In their research on Entrepreneurial Perceptions and Intentions: The Role of Gender and Culture, Rachel S. Shinnar, Olivier Giacomin and Frank Janssen argue that there are three perception barriers to female entrepreneurship: lack of support, fear of failure and lack of competency.

These restrains notwithstanding, women in Pakistan like in many South Asian countries have been the victim of patriarchy entrenched in the social and cultural norms.

Two trends — male dependency and the unequal distribution of resources and opportunities between men and women — have always impeded women’s chances to become financially independent. Other auxiliary factors such as poverty, illiteracy and resistance from family have further compounded the issue. A woman’s sense of entitlement towards her life is never allowed to become strong on the assumption that her existence and honour depends on a man in her life. On the other hand, the government has been unable to provide for a cultural and social environment that supports women empowerment and gender parity. Though things have improved manifold over the years and today more women are participating in economic activities, financial independence is still a forbidden fruit for many women because they are not free to make choices about their lives.

According to a survey conducted by the International Monetary Fund in 2018, Pakistan’s Gross Domestic Product can rise up to thirty per cent with increased women empowerment and their enhanced role in the labour force. According to another analysis by global investment bank, Goldman Sachs, closing the employment gender gap in the BRIC countries (Brazil, the Russian Federation, India and China) and the “next-11” or N-11 countries (the Arab Republic of Egypt, Bangladesh, Indonesia, the Islamic Republic of Iran, Mexico, Nigeria, Pakistan, the Philippines, the Republic of Korea, Turkey and Vietnam) could push per capita income by fourteen per cent higher by 2020 and twenty per cent higher by 2030.  As Goldman Sachs chief executive Lloyd Blankfein stated, “We are disciplined in our investment, and when you get to the topic of trying to invest and create GDP, there is no better or more efficient investment — no lower hanging fruit in the world to pick — than the investment you make in women.” Additionally, as compared to men, economically active women have been found to spend more resources on the education and health of their children.

In its latest report titled, Pakistan @100: Shaping the Future, the World Bank argues that Pakistan has only used forty per cent of its human resource potential which translates into poor economic growth. To reverse this situation, Annette Dixon, the World Bank’s President suggests Pakistan “to unlock women’s potential.”

In the early 1980s when researchers started studying the reasons for women’s failure as entrepreneurs, the analysis was based on comparing attributes, such as age, attitude and education, to explain why men had been naturally inclined to succeed as entrepreneurs. These studies were later rejected on the ground that an individual is a combination of both personal characteristics and environmental factors, and missing out on the latter had induced “individualistic fallacy.”  More recent research has adopted the concept of an “entrepreneurial ecosystem,” which holds that both social and economic environment determine failure or success of the entrepreneurial activity. With this new pivot in perception, women’s entrepreneurship is being viewed as a factor of legal rights, access to education, national family-leave policies, cultural and religious norms.  The world has moved from ‘what is wrong with the women,’ to ‘what is wrong with the system.’

Pakistan will also have to improve the system to achieve high women engagement in economic activities. The Bangladesh model of women empowerment can be emulated, albeit, adjusted for domestic challenges. Banks are bound by the government in Bangladesh to lend fifteen per cent of their funds to women entrepreneurs and report on their progress towards the target. The idea of tying the appraisal of institutions with the gender-sensitive indicators of success can prove to be a game changer. To accelerate entrepreneurship trend in women and to capture its full impact on women’s lives, the government will have to invest in policies and initiatives. Only through the provision of an enabling and holistic environment, in which women can translate their ideas into successful business ventures, could Pakistan unlock the sixty per cent hidden potential of its human capital.