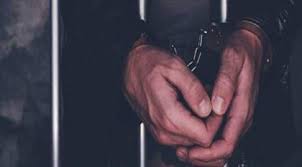 A judicial magistrate on Wednesday recorded the confessional statement of the accused in the case pertaining to the rape and murder of a six-year-old girl in Karachi. The minor had been found dead near a garbage dump on the morning of July 28, the night after she had gone missing while playing outside her house in the Korangi 5½ area.

The judge asked the accused if he was voluntarily giving his statement or if someone had forced him to do so, reminding him of the fact that his statement could be used against him. The accused said that the statement was being given of his own will.

A court staffer confirmed that the accused had admitted his crime, saying that after he had raped the minor girl, he was afraid of being caught, so he decided to kill her to save himself.

After the recording of the statement, the judge sealed it in an envelope to be opened in the trial court, if need be, and ordered that the accused be sent to jail in judicial custody.

The judge, however, rejected the application moved by the investigating officer to conduct an identification parade of the accused in court for the eyewitnesses, observing that it could not be maintained.

He remarked that a picture of the accused had already been broadcast on electronic media and circulated on social media, and it had been seen by the public, so no one could identify him.

For the identification parade, under the Qanoon-e-Shahadat Order, the police have to ensure that the witnesses or the complainant have not seen the accused after the incident. On Tuesday, the administrative judge of the anti-terrorism courts had given the police five days to complete the investigation of the case and had ordered the IO to submit the progress report on the next date of hearing.

The victim’s father Abdul Khalid said that on the fateful night, his three daughters had gone into the street at around 9pm after a power breakdown in their area. He added that at around 11pm, two of his daughters had returned home but the third had not.

“I and my other neighbours began a search for her but we couldn’t find her until the following morning, when I received a call from someone that a child’s body was lying in a dumping yard along the wall of a school in the area.”

His eyes became watery while narrating the story. He said the accused also had two daughters, one of whom was friends with the victim. He added that the victim used to call the accused “uncle”.

“The accused may have thought that I’m a poor person and would stop pursuing my case after some days because no one would listen to me. That’s why he targeted my daughter.”