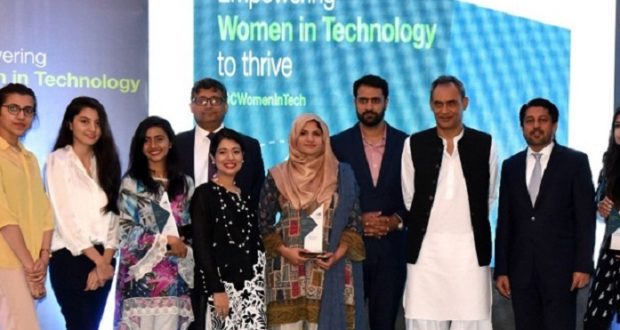 ‘Women in Tech’ graduation ceremony was held on Friday and formally announced the winning five women led teams, short-listed from over 80 applicants. These teams will be provided up to $10,000 from seed funding for their businesses.

While, addressing the ceremony here on Friday, Zubair Gilani Chairman Board of Investment as chief guest appreciated the efforts of Standard Chartered for women entrepreneurs and said that government always supported such programmes. He said that the promotion of technology and women entrepreneurs will support the Pakistan’s economy.

The five teams were selected from a pool of the best18 teams, previously short-listed and went through the ‘SC Women in Tech programme’ for two months where they were offered coaching, mentoring and business management skills to grow their businesses to the next level.

The five winning companies for 2019 are Plate 101, Relive Now, Dot-mind unlocked, Trashit and Closet. The awardees will be supported with extended mentoring and milestone-based disbursement of the winnings for a period of 9 months.

“I would not only like to congratulate the winners of SC programme but also all the entrepreneurs who have been part of our journey”, he added.

Together they are positively transforming the country’s economy and creating more job opportunities and avenues for Pakistani women and youth, he said and added that “just like the Bank, you are striving to be a force for good, promoting sustainable economic and social development in the markets and communities where we operate.”

The teams were short-listed based on performance in the programme’s 100 points criteria including must be a women-led business, at least 1/3rd of the Founders be women, woman founder(s) has been around for at least 1 year, must be a technology venture or a traditional business seeking to use technology to significantly grow and registered (Pvt) Ltd, company with significant growth or impact potential.