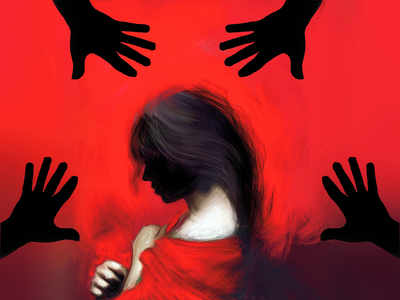 Posted by: admin in Gender Based Violence October 29, 2022 Comments Off on Sexual violence that remains unreported 44 Views

How ironic it is that out of 10 cases of sexual violence go unreported in the national media. The statistics of sexual violence are frightening, to say the least, but as these are not reported by newspapers a false sense of security tends to obtain in society. The curtain on this deception has been lifted by two NGOs who collected figures of sexual violence for the month of September from police of the provinces excepting Khyber Pakhtunkhwa, which did not respond to the NGOs’ request that they made as their Right to Information. Of the two non-profit outfits, Sustainable Social Development Organization (SSDO) and Centre for Research Development and Communication (CRDC), the first conducted the daily media track of 13 of Pakistan’s most widely read newspapers to gauge the attention such issues receive by this mainstream medium. And what it learnt is too staggering to be believable – the Punjab police registered 844 cases of kidnapping in September alone which means 28 women were kidnapped every single day. Additionally, 491 women were raped across the province of Punjab, which means 16 women were raped daily. But only 43 cases of rape were reported by the media. And of 105 cases of murder of women, only 16 were reported by the newspapers. And in this largest province of Pakistan 268 children were sexually abused and there were four FIRs of child pornography. The situation in other provinces was only slightly less grim, but there too the newspapers were largely indifferent to these sins of biblical dimensions.

What happens when a crime is reported by a newspaper as against the possibility that it does not find space on its pages? The reported cases attract public notice and the outcomes of their trials in courts are keenly awaited. So the chances of prosecution being soft and thus of advantage to the accused are considerably cut down. Not that the courts are impressed by the public exposure of the cases, but the fact remains that investigators and prosecutors do feel the heat of public interest in the cases under trial. On the other hand, the criminal cases which are not in the know of the public do not receive the kind of attention of investigators and prosecutors as the reported cases do. It is therefore about time the print media rethought its coverage of news and views and gave space to the crimes, especially against the women and children. The mental health of women and children who are victims of sexual violence is adversely affected when the criminals in their cases go unpunished. This is all the more imperative that the sexual abuse cases and their trials and outcomes are widely reported because even what is reported is only the tip of this iceberg. Given the notorious notion of honor, only a small fraction of the crimes against women and children is brought to the notice of police or reported by the media. These two research organizations deserve a lot of praise for exposing this bitter reality, which may, ultimately, receive due attention of reporters and editors of the country’s newspapers.