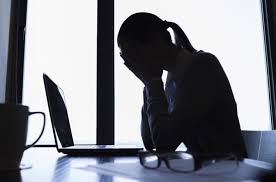 KARACHI: Fifty-five per cent of women journalists, social media activists and human rights defenders in digital spaces surveyed have been subjected to online abuse or harassment. Ninety-one per cent felt the abuse was gendered and mostly personal in nature. Eighty-five per cent said the online abuse hurled at them often originated from apparently fake accounts.

These are the key findings of the report Fostering Open Spaces in Pakistan — Combating Threats to Women’s Activism Online, released on Wednesday by the Digital Rights Foundation (DRF), an organisation working on online violence against women and online free speech issues.

The report draws its findings from the experiences of 60 women from across the country who have witnessed or been impacted by online abuse.

“The framework of intimidation against women ranges from misogyny to harassment and from stalking to surveillance. The cumulative impact of this is threatened freedom of expression, privacy and activism of women online through threats, harassment and rejection,” states the report which is available online. “While these risks to women are fairly well documented, there is little focus on analytical examination of the impact of these risks on rights activism by women in online spaces in Pakistan.”

DRF’s Nighat Dad said in a press release: “It is fairly common to see how women information-practitioners are targeted online because of their activism. Women’s opinions are not heard in online and offline spaces and we see how they are a constant target of harassment and online abuse.

“Women also do not feel safe enough to file complaints of the online abuse they face because of lack of support from law enforcement bodies. This needs to change.”

Besides highlighting challenges, the report also put forth recommendations to combat them, such as accountability mechanisms for treatment of harassment cases by the Federal Investigation Agency (FIA).

It calls for more representation of women and members of the transgender community in the discourse surrounding digital safety and privacy of vulnerable groups. Regulation of online spaces, often suggested by official authorities, was disapproved by 66.7 per cent respondents who said they did not support it.

“With growing evidence of online abuse, and an increasing backlog of cyber harassment complaints, the authorities must look inwards instead of pinning the blame on social media companies. The lack of trust expressed in FIA by the participants of the study further leads credence to this fact,” said Ramsha Jahangir, the author of the report.