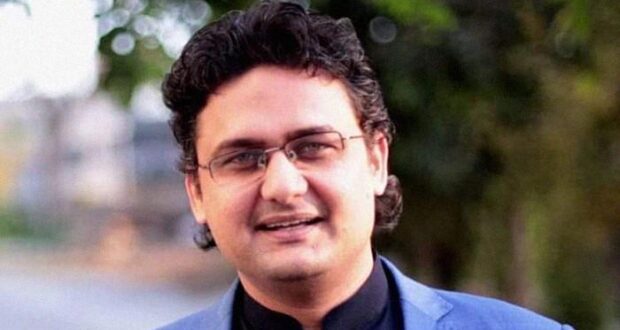 Rapists, sex offenders ‘should be made an example of’: Senator Faisal Javed Khan

The PTI member took to Twitter to share his views regarding public hangings of such offenders. In the tweet, the senator said that it is essential to create a consensus on the issue of public executions for sex offenders.
He said that people who abuse children and women “are not human beings, they are savage beasts and they should be made an example of”.
The PTI member said that along with legislation, the enforcement of said legislation and prosecution of offenders is of utmost importance.
The statement by Faisal Javed comes amid a time when crimes against women and children are on the rise again.
Most recently, on July 30, Minister of State for Climate Change, Zartaj Gul spoke in parliament about the need to implement Pakistan’s anti-rape law, following the recent high number of rape and murder cases reported.
Gul announced that for the first time, the Pakistan government is becoming a plaintiff in murder and rape cases of women and children.
She added that the government has kept aside Rs100 million from the Public Sector Development Programme (PSDP) funds for an Anti-Rape Law fund, to aide in the implementation of the law.
The Anti-Rape Ordinance was signed into law in December 2020 by Prime Minister Imran Khan under which fast-track courts would hear rape cases and reach a verdict within four months.
The law also stated that a national sex offender’s register would be created and offenders would be chemically castrated.
However, no offender has been punished under the Anti-Rape Law as of yet.