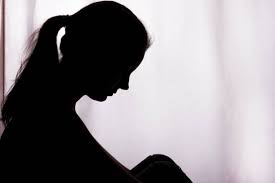 LAHORE: Four girls, who had been missing for the last five days, were recovered on Wednesday from Sahiwal as they were sold by a rickshaw driver and his accomplices for prostitution.

Police have taken into custody six people including rickshaw driver Arsalan, his wife, his friend Arshad and the latter’s wife. The other accused persons included Shahzad and Qasim. The victim girls’ parents told reporters that their daughters named Anam, 10, Kinza, 11, and their friends Ayesha, 14, and Samreen, 8, had gone missing at 8pm on July 30 from their home in Hanjarwal area. Both girls had told their family that they were going to visit the Orange Line Metro Train but they never returned.

The complainant said he did not inform anyone out of fear of humiliation and searched for the girls themselves. However, as time passed, they informed police and media. The chief minister took notice of the incident and ordered IG to trace out the girls. Police registered an FIR on the complaint of two missing girls’ – Anam and Kinza – father Irfan. Initially Lahore police arrested two persons including rickshaw driver Arsalan, who had dropped the girls near Industrial area. Police had also taken into custody one of the neighbours of the girls named Omar who remained with them till 11pm after which they had gone missing. The accused Umar claimed he went back home after his mother called him, leaving the four girls in the area of Hanjarwal.

Lahore Police unfolding the story told reporters that the rickshaw driver had initially attempted physical assault and later sold them to a prostitution den. The victim girls told police that they had left the home for money. The complainant Irfan, the father of two girls, had divorced his two wives and was looking after his daughters Kinza and Anam.

The stepsisters were worried over the drug addiction of their father and they plotted to flee from their home along with their friends Ayesha and Samreen, the daughters of Akram. They reached Hunjarwal orange line station and also called their neighbour Umar. They travelled to Gulshan Ravi on a train from where Umar came back home, refusing to become part of their plan. A rickshaw driver Arsalan picked them from there who kept on roaming in the City for four hours. The rickshaw driver dropped them near Quaid-e-Azam Industrial Estate from where another rickshaw driver picked them up and took them to his house in Green Town.

The rickshaw driver in connivance with his wife, friend and friend’s wife plotted to sell girls in Sahiwal. On Tuesday last, Sahiwal police arrested an accused person identified as Shahzad along with a girl from a brothel house. Shahzad told police about the four girls. Police teams reached the scene and recovered the girls. They also arrested accused persons. Investigation police would also collect evidence from the crime scene for further investigation.

Share0Pin0Tweet0LinkedIn0Email0
gender based violence Violence against women 2021-08-05
admin
Previous: Rapists, sex offenders ‘should be made an example of’: Senator Faisal Javed Khan
Next: We stand with Noor Mukadam’s family, not our son: Zahir’s father