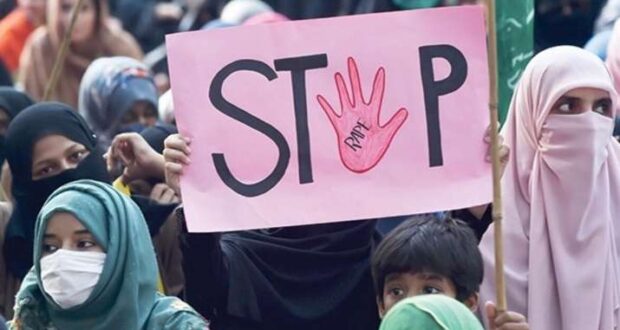 Posted by: admin in Gender Based Violence June 27, 2022 Comments Off on Rape emergency 47 Views

That Pakistan has a horrifying rape crisis at hand should not come as a shock to anyone, given the number of even reported cases on a daily basis. Encouragingly, Punjab Home Minister Attaullah Tarar has taken note of the rising rape cases in Punjab – telling the media that 4-5 cases are reported daily in the province and that the provincial government will very soon be setting up a ‘rape emergency system’ to reduce the number of cases. This is all especially encouraging after three years of women being gaslighted over the sexual crimes they have suffered through. If Punjab can achieve even moderate success, it would be a miracle. Tarar is correct when he talks about raising more awareness about harassment amongst children in schools and also asking parents to protect children, although of course the suggestion that children should not be left alone at home ignores the reality of incest in a society where it is widespread. The idea that the home is a safe space disregards issues such as child sexual abuse and marital rape – issues that are conveniently brushed under the carpet by those making policy.

Larger-scale DNA testing is also on the cards as a means to deal with rape and could be useful, provided that the DNA samples are used effectively by a police force which often lags in its investigation and scientific technique. The reality is that rape will probably take far longer to bring down and would need a long-term campaign. There are no quick-fixes – though a robust prosecution system would go a long way in tackling this crime. Our governments have consistently chosen severity of punishment as opposed to the necessary consistency of punishment route when dealing with sexual violence. If those in power can be persuaded to see rape as a crime of power and deal with it accordingly, women in Pakistan would live in much less fear than they do right now. It should not take extraordinary efforts on the part of women just to see rapists and violent and abusive men behind bars. Since the overwhelming number of sexual assault cases are perpetrated by a family member or spouse, women are often coerced into ‘forgiving’ the perpetrator, made to feel like it is their fault or otherwise forced into silence. Many legal reforms are needed, starting with making DNA testing routine to hiring enough women officers and ensuring gender sensitivity training is routine for police. But even this will not solve the problem in itself until we, as a society, acknowledge the root cause behind rape and sexual assault, and stop adding to the suffering by shaming survivors and victims.