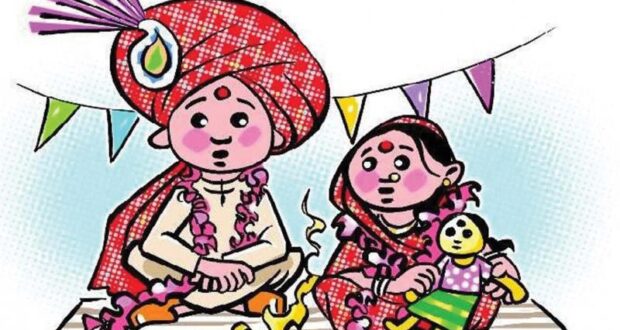 Posted by: admin in Child Marriage 14 days ago 0 7 Views

RECENTLY, the news of a 64-year-old MNA getting married to a 14-year-old girl circulated on social media. Barring a few protests from child rights activists and a couple of legislators, no action was taken against him. Teenagers getting married — even to a person three times their age — is not unusual in Pakistan. This is a form of sexual abuse in which the child is subjected to assault and deprived of their education and childhood. Also, a horrifying proportion of young girls are abducted, forcefully converted, and married to older men — all in the guise of a good deed done in the name of Islam, which, in fact, prohibits forced conversions.

As soon as a child is married, she is deemed an adult by society and is expected to be mature and responsible. Despite being in the most sensitive period of their life when they need support themselves, such children are made responsible for looking after someone else.

While both boys and girls are married off early, there are far more girls than boys who become victims of this practice. This largely stems from the gender inequality in our society. In Pakistan, when a girl is born she is considered a guest in her own home; the goal is to prepare her for her actual home, ie her future husband’s home. She is often considered a burden on her parents and married early to ‘protect family honour’.

Early marriage affects the psychological well-being and intellectual, personal and social growth of the child. Robbed of happy childhood experiences, given an incomplete education that mars career prospects later, overburdened with responsibilities and subjected to domestic violence, there is an increased risk of depression and post-traumatic stress disorder in such children. Similarly, a male child married at a young age faces economic pressure to support his family, which may hinder his education and training.

They must look after others when they themselves need care.

A girl’s reproductive health is also in grave danger given the age differential that exists between the child and her spouse. Physically and mentally unprepared for it, sexual activity takes a toll on these young brides. According to WHO, complications during pregnancy and childbirth are the leading cause of death in 15- to 19-year-olds globally. These complications are more prevalent in this age group than in 20- to 24-year-olds. Studies have also shown a higher risk of neonatal death, preterm deliveries, and low birth weights in pregnancies of adolescent mothers compared to adult mothers.

According to a UNICEF report in 2013, 21 per cent of girls were married before the age of 18 in Pakistan. Factors leading to child marriage are poverty, tradition, customs, religious beliefs, flawed legislation, inadequate enforcement of the laws, and incapable birth registry for age determination.

Through its Child Marriages Restraint Act of 2013, Sindh is the only province that prohibits marriage below 18, yet it has the highest prevalence of child marriages amongst the provinces. The rest prohibit the marriage of girls younger than 16 and boys younger than 18. These laws are often met with resistance, labelled non-Islamic and overruled by some courts. But more recently, exemplary decisions were made against some cases of child marriage. These decisions will set examples for future cases.

Marriage is a contract between two parties. It not only requires physical maturity but also sound judgement to enter into a nuptial contract and manage one’s own affairs. Consent is also a prerequisite for marriage in which both individuals should independently be able to accept or refuse according to their own free will. The question arises: are children intellectually mature enough to know what is good or bad for them?

Adolescence is divided into three stages: early (10 to 14 years), middle (15 to 17 years) and late (18 to 21 years). A child’s physical growth may be complete by late adolescence, but the brain’s cognitive development, abstract thinking and mature reasoning continue to develop through late adolescence till 24-25 years when the frontal lobes mature. The frontal lobes handle complex decision-making processes and control impulses. Impulsiveness, risk-taking behaviour and a lack of consideration for future consequences are common in the early and middle adolescent state.

Considering that cognitive development continues well into the mid-20s, a child below 18 years certainly is not mature enough to be married off according to the above criteria. It is high time we discouraged child marriages and amended the laws to set new minimum age limits for girls in Punjab, KP, Balochistan and Islamabad Capital Territory.

We must change our mindset on what the fate of young women should be in our society. Instead of committing them to marriages, let’s send them to school so they can grow up to be healthy, successful and independent individuals; this will help the generations they raise to prosper. 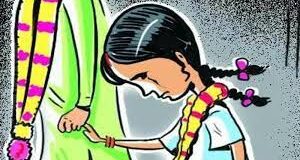 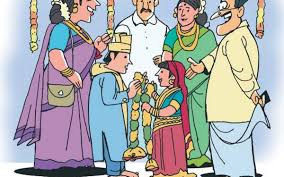