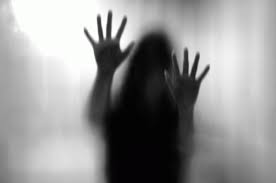 Rape, a gender-neutral crime in Pakistan?

One ought to appreciate the success of the Feminist Movement that has carved a path for creating laws that are women inclusive. However, a crime that should but is not reflective of the parity between genders is Section 375 of Pakistan Penal Code, 1860 which criminalises the offence of rape.

The definition of rape under the criminal code covers women only and exempts men from being labelled as victims of rape. The phrasing of section 375 clearly states that the rapist can only be a man and the victim a woman because penile penetration is an essential ingredient for the offence of rape. However, there is no reason why a man cannot be raped by a woman; this reality directly contradicts with the pre-existential chauvinist mindsets of Pakistanis that a male’s masculinity is untouchable. The fact is that male rape is a real-world occurrence and like female victims, male rape victims also face an enormous amount of social prejudice in coming forward. Social stigma coupled with a lack of legal protection makes the matter worse.

One may argue that male rape might fall within the purview of Section 377 of PPC which penalises unnatural offences. Nonetheless, the definition of this section is extremely vague for two reasons. Firstly, the section articulates that there has to be voluntary carnal intercourse and secondly the interpretation of word unnatural only suggests that sodomy is penalised without including male rape as a crime. What constitutes sodomy is still not crystal clear from the case law in Pakistan. The reported judgments only suggest that children are the victims under s.377. There is also an inherent problem with the language of this section that creates a loophole for the perpetrator to exploit. By way of an example, if a man reports a rape (by a man) under this section, as a defence the perpetrator can argue that it was a consenting voluntary act between the two men. If proved, the perpetrator will be penalised anyway for committing unnatural offence along with the victim (who has been raped) who might be punished if he is unable to prove otherwise that he did not consent to it. If one sees s.375 as a section that deals with women being raped and s.377 as the one that deals with the male being raped, this in itself can be fundamentally discriminating. The punishment for both sections differs variably where rape under s.375 can be punished with death but the maximum sentence under s.377 is ten years imprisonment.

There is a segment of society that believes rape laws were made for women to give them extra-legal protection i.e. affirmative action guaranteed under the Constitution but doesn’t this negate one of the fundamental constituents of the rule of law that propounds for the law to be equal for all (Article 25 of the Constitution)? This affirmative action instead reinforces gender stereotypes by saying it out loud that women are a weaker gender hence are in need of additional protection. The general belief persists that either man cannot be raped, or even if they are, it is a freak occurrence. Nevertheless, this by no means absolves the State of the responsibility to make legislation that is gender neutral and inclusive of both genders.

Catherin MacKinnon, a radical feminist, has argued that gender neutrality shifts the focus away from female victimisation by ignoring what is distinctively done to women and ignoring who is doing it. Anyone who does not believe rape to be a gender-neutral crime draws this conclusion. Rape should be a crime of the powerful against the powerless rather than a crime between two different genders. Keeping a wider perspective not only assists our understanding of female rape, but it also deepens our understanding of how the legal process deals and should deal with male victims of rape and sexual assault. It is somewhat ironic that some feminists are fierce critics of gender neutrality criticizing the legal process for failing to properly address and understand the experiences of female victims, yet they make the same mistake in their analysis of legal responses to male victimisation.

In light of some of the highlighted rape and terrorism cases, the country’s responsibility to its youngest and most vulnerable citizens (children) has taken the shape of enactment of laws and other measures, while women rights are being given the attention they deserve but why then are men not being protected by a crime that has the same psychological impact on both genders? Or are we waiting for a barbaric male rape case to happen that will awaken our conscience the same way Zainab’s case did?

In order to achieve gender neutrality in the law, we should adopt an expansive definition of sexual intercourse. The definition of sodomy should also be revisited. Now is the time that we accept both genders as potential victims to sexual violence and look beyond the male-on-female paradigm that has long been recognised by criminal law. If male inclusive rape laws are created, it will only promote a culture of empathy between two genders where men will assume female issue as a male issue.

Share0Pin0Tweet0LinkedIn0Email0
2019-06-10
admin
Previous: Three killed in name of honour
Next: Police register case against neighbour over minor’s rape in Karachi