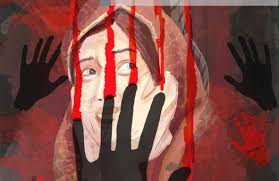 Three killed in name of honour

Sukkur: An elderly woman was gunned down by her husband on Sunday and a girl and her alleged friend were shot dead a day before in the name of honour in Kandhkot and Jacobabad villages.

Witnesses said that Waryam Jafferi opened fire with a TT pistol at his wife Janul Khatoon, 55, and killed her after accusing her being unfaithful in Kauro Jafferi village within the jurisdiction of B-Section police station in Kandhkot.

Police shifted the body to Kandhkot civil hospital for post mortem examination after which it was handed over to heirs.

Police officials said that no one from the woman’s family had approached police for registration of the case. It would be registered on behalf of the state in case no one lodged the case, said the officials.

An unmarried girl and her alleged friend were killed in the name of honour in Lakhmir Kharani village within the jurisdiction of Saddar police station in Jacobabad district on Saturday.

Police said that Bhutto Kharani with the help of his accomplices killed his niece Aqla, daughter of Ahmed Kharani, in her house and then went after Shahmir Ali Kharani and killed him too when he was going to buy vegetables for family in the same locality.