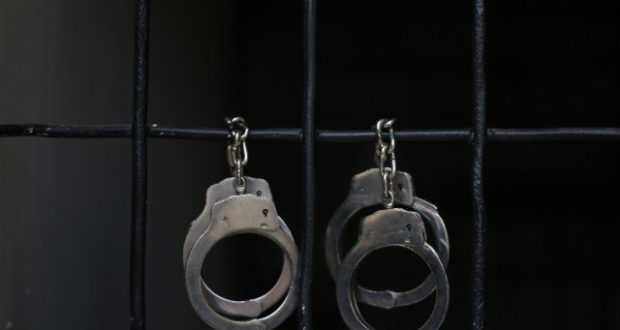 Police register case against neighbour over minor’s rape in Karachi

Karachi: Zaman Town Police registered the rape case of a toddler under FIR 348/19 against her neighbour and started searching for the accused. The investigation police have arrested three relatives of the accused.
The rape victim, four-year-old girl, is a resident of Hundred Quarters in Korangi, and the case has been registered against 19-year-old Furqan, son of Jamil.

Zaman Town SHO Inspector Babar Hameed said that a man named Murad came to the police station on Saturday morning and informed the police that his four-year-old daughter went missing at around 6pm on Friday when she was playing outside their house. When Murad went to look for his daughter, he was informed by a seven-year-old boy, Hasnain, that Murad’s neighbour, Furqan, had taken the girl to a back alley.

When Murad reached the street he found his daughter but she was not in a good condition. He immediately took her to the Sindh Government Hospital where after check-up the doctors advised that the girl be taken to the gynaecology ward of Jinnah Postgraduate Medical Centre (JPMC).

After her check-up at JPMC, she was shifted to National Institute of Child Health (NICH) where after a long check-up, the doctors confirmed that the girl had been raped and asked the father to take her to the area police station and register the report.

The police would then get a medical check-up done, they added. However, Murad took his daughter home since it was late.

He came to the police station the next morning on Saturday and after recording his statement, the police issued him the medical letter. A lady medico-legal officer (MLO) reserved the report of medical check-up for a few hours. However, the rape of the minor girl was confirmed.

The police registered the case against the accused, Furqan on Saturday and handed over the FIR to an investigation officer (IO).

SHO further said that Zaman Town police’s IO informed him that the medical report prepared by the lady MLO at JPMC confirmed the rape of the minor girl. The police thus conducted a raid to arrest the accused who has since fled. The police, however, arrested three of his relatives.

The police said that the family members have been asked to hand over the accused or tell the police where he had gone. The relatives will only be released if the family of the accused tells police about whereabouts.

Other relatives of the arrested persons approached the police seeking their release. They argued that the accused was mentally ill and asked that their family members be released. The police refused to release them until the accused was arrested.