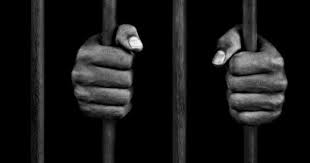 ISLAMABAD   – Police have arrested a suspect allegedly involved in raping more than 20 women including a lady cop during dacoity in different areas of capital.

He said that a woman submitted an application with Police Station (PS) Koral on April 8, 2021 that she was on way to her home from Fazaia Stop when an unidentified person put his hand on her mouth and forcibly took her to a nearby forest area. He took her mobile and harassed her, SP informed.

SP (Rural) said that a team was constituted under his supervision including SDPO Koral Rukhsar Mehdi, SHO Koral Shaukat Abbassi, SHO Nilore Sattar Baig and others.

This team investigated the case by using technical means and succeeded to arrest the culprit identified as Zaheer Ahmed resident of Bagh, Azad Kashmir. During the preliminary investigation, he confessed to be involved in 20 rape cases and used to abuse women in forest area after finding them alone. He also admitted to rape a female constable in 2018 while three other females also identified him. Police have also recovered mobile phones from him and got his five-day physical remand from the concerned court for further investigation.

Talking to media persons, SP (Rural) Rana Abdul Wahab said that 43 criminal gangs had been busted during the last three months while valuables including cash worth more than Rs28 million were recovered from the gangsters. He said several other criminal gangs have been traced and efforts are underway to ensure arrest of its absconding members.

Moreover, he said that investigation on 63 property related cases had been completed and their challans were submitted in relevant courts. SP (Rural) said that every possible effort would be made to ensure protection to the lives and property of the citizens.