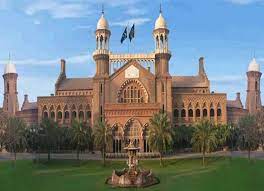 LAHORE: The Lahore High Court has observed that while laws for women’s protection have been gradually put in place in the country, these had not helped attain the level of deterrence or prevention of the offence.

“The Constitution of Islamic Republic of Pakistan through its Article 11 vows to eradicate all forms of slavery and trafficking, yet in practice, women continue to suffer and are subject to trade by their close family members and this goes on despite the evolution and introduction of laws aimed at ensuring protection of women against such abominable practices. South Punjab being no exception,” Justice Mohammad Shan Gul writes in a judgement passed on a habeas corpus petition on Saturday.

Kalsoom Mai filed the petition seeking recovery of her daughter Sajida Mai and granddaughter Sadia from the illegal custody of certain individuals in Rajanpur. The petitioner had alleged that the detainee’s ex-husband had sold her to one Anwar Khalid, who was at large.

Justice Gul said the nonchalance with which the Saddar police SHO informed the court the “detainee perhaps may have been sold off for immoral illicit purposes” was what prompted them to summon the district police officer of Rajanpur.

“This was, to say the least, shocking and equally appalling,” the judge added.

The DPO appeared before the court and stated that an FIR had been registered against the former husband of the detainee for having allegedly sold her, while a case was also filed against the supposed ‘buyer’ Khalid. The officer further apprised the court that her ex-husband had been granted bail in the case.

The judge observed that it was not understandable how her former spouse managed to get bail, even though the detainee had not been recovered.

Justice Gul noted that the police indeed took measures that might or might not result in the production of the detainee, but it was a stark fact that the concept of a woman “being treated as a commodity or as a product who can be sold” indeed caused anguish to the court and needed to be addressed.

He said the apathy and indifference of the law enforcement agencies in curbing and arresting the deplorable menace of treating women as an object was what needed to be addressed.

Issuing an incessant direction, the judge asked the Rajanpur DPO to recover the daughter and granddaughter of the petitioner and ensure they are set at liberty and allowed to live and reside wherever they desire.

Before concluding his judgement, Justice Gul observed that in Pakistan the state of women and inhuman treatment meted out to women mostly by men whom such women were more likely to turn to for their protection prompted the legislature to enact various safety valves in the form of penal provisions to curb women’s trafficking. But he regretted that despite the laws being in place, the deterrence or prevention aimed at through such provisions had not been attained.

He lamented that the current state of women in Pakistan, especially in far-flung areas, marked by harrowing cases such as the present one displaying a society worse than the one that formed basis for feminist movements in 18th century, revealed that we have become a nation where weak were exploited and the exploiters were condemned on paper only.

The judge said the claim of being a civilized society with dictates of pro-women laws and even decrees of Sharia should have eliminated all such evils and there should have remained no single custom or usage degrading/lowering the women or depriving them from their guaranteed rights, but facts of the present case painted a sorry and a different picture.

He regretted that holding jirgas and passing illegal decrees trading women, trafficking in women, awarding women as Badl-i-Sulah etc were still a matter of routine practices in many remote areas.

Justice Gul directed the provincial law secretary, prosecutor general, as also the inspector general of police to ensure that the laws put in place by the legislature are effectively implemented.

He directed the law secretary to consider if the present legislative framework for arresting and preventing the menace of women’s trafficking was satisfactory or the laws needed to be reinforced by introduction of any additional safety valves. He also ordered the inspector general of police to strive to ensure recovery of the detainee at any cost.