Latest News
Home / Views and Opinions / On women in science 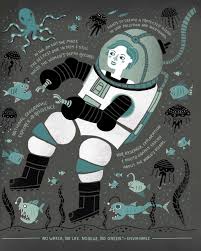 On women in science

Some weeks ago, humans made a marvellous scientific breakthrough—after ten years of research and hard work, scientists around the world working on a project called the Event Horizon Telescope combined telescopes on sites across the world to create one enormous, powerful, super-synchronized telescope, and took a photograph of a black hole. It’s a stupendous accomplishment, involving a great deal of extremely complicated physics and computer science, that has captured an image of a beast of a black hole—it’s mass is 6.5 billion times that of the sun in our solar system, and is exactly what Einstein’s theory of relativity suggested, which was published more than a hundred years ago.

It’s an exciting time for space science. But what is even more exciting is the contribution of Dr Katie Bouman, an American MIT-trained scientist who, at twenty-nine, led one of the teams that wrote one of the algorithms for EHT to sort the data from all the site telescopes. An algorithm is essentially a set of rules a computer scientist or mathematician writes that gives instructions on how to solve complex problems; now that we have the machines for it, this is usually for computers now. Dr Bouman co-led a team that worked on an algorithm that enabled computers to know how to process five petabytes of data (half a ton of hard drives, it’s ridiculously unbelievable). What’s more interesting than that? Most of the reportage that initially covered this stupendous event didn’t mention Dr Bouman at all.

Readers of this column know that here the word ‘interesting’ usually means ‘extremely thought-provoking and grounds for raised eyebrow commentary’. If you guessed this, you would be correct. It’s not an accident that the women of the team weren’t mentioned. These days there’s a lot of push for girls to pursue STEM subjects—science, technology, engineering, mathematics—but what many don’t realize is that these fields are also incredibly sexist spaces that make it doubly difficult for women to stick to them. Dr Bauman was in a position of authority based on her competence and intelligence, and her team helped deliver an algorithm of a lifetime—and news reports didn’t include her, only the men leading the teams? Twitter was quick to point out the lapse, and soon Katie Bouman’s smiling face, posing with stacks of hard drives or eyes wide in front of her computer as the first images started coming together, flooded the internet.

Error rectified, one might think. Casual sexism—whoops, forgot to credit the female peers doing work just as important as yours—happened but now due credit has been given. It’s happened scores of times before, women being left out of the scientific narrative— heard of Margaret Hamilton? She coined the term “software engineering” and got a Presidential Medal of Freedom for her work developing the on-board software for the Apollo spacecrafts. Her work got Neil Armstrong on the moon. The Apgar test, administered to newborns to check their initial health—developed by Virginia Apgar, an anaesthetologist. Marie Curie had to win two Nobel prizes for a spot in the roll-call of World’s Famous Scientists.

It’s important to highlight the contribution of women to science not only because theirs are significant in their own right, but also to combat the deeply sexist spaces of STEM. The need for this is clearer than ever, because after Dr Bouman’s contribution to the EHT team came to light, the internet’s sad halfwits came out in full cry against her. Of course she was part of a larger team, and her co-leading a team doesn’t mean she is taking credit for all the work the team or EHT did. But the Trolls thought it was extremely important to hack Dr Bouman’s e-mail, to suggest her work was stolen from a colleague and generally be as unpleasant as possible, because she is a woman. No troll has gone after any of the male scientists on the EHT team, because men don’t have to be taken down a peg, reminded that their place is always in the background. To weak, derisible people, anyone who is more visible, vocal and accomplished is a threat. If you’re an insecure man and a woman is those things? Unacceptable. It’s the reason why the Aurat March backlash continues in tiresome tirades about female behaviour, and the reason why women often give up jobs that expose them to constant low-grade sexist harassment. It is exhausting to work in a hostile environment for anyone, but add to that the latent danger of male hostility, and you have a situation that could turn serious at any point. A female colleague could be unfair, bossy and mean, but one wouldn’t be afraid of meeting her in a parking lot. There is an endless supply of hair-triggered male rage out in the world, all directed at some self-decided threat women perpetually pose to, but only to them. Trolls on the internet will happily Photoshop your head onto porn, publish your personal information online and threaten to rape, burn and acid-attack you in a heartbeat. Thousands of women experience these aggressions daily for no reason other than just being a female in the world. Being a successful woman? Katie Bouman knows.