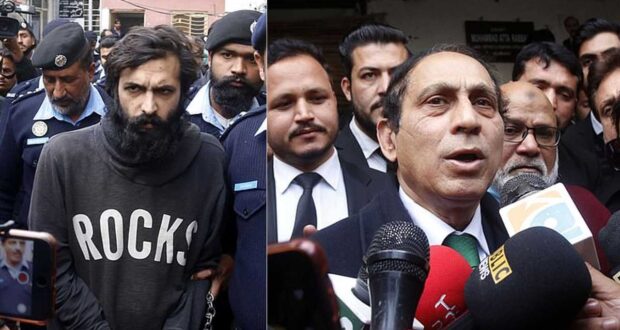 Posted by: admin in In Focus July 21, 2022 Comments Off on Noor’s parents, activists demand execution of Zahir Jaffer at earliest 92 Views

ISLAMABAD: Family and friends of Noor Mukadam – daughter of a former diplomat who was shot dead and decapitated on July 20, 2021, in Islamabad by Zahir Jaffer – gathered at F-9 Park in the capital to mark her first death anniversary and demand early execution of Jaffer who was handed a death sentence in February this year.

The gathering attended by rights activists urged the government and judiciary to ensure early execution of the death sentence to Jaffer for murdering and raping Noor.

At the request of Noor’s parents, her friends and human rights activists attended the event arranged to mark her first death anniversary. Besides fateha for the departed soul and a candlelight vigil was held in her memory.

The participants vowed that they would continue their efforts to send Jaffer to the gallows. He is not only the killer of Noor, but his action had also caused fear and panic among women across the country, they said as they held placards and pictures of the deceased woman.

Speaking on the occasion, Shaukat Mukadam, Noor’s father, said he had full faith in the courts as the sessions courts announced the verdict in the case on merit and in the shortest possible time. He added that soon the killer would get the punishment.

He said though he had lost his beloved daughter, he was committed to ensuring that no other daughter of the country went through such an ordeal. Therefore, implementation of the punishment to the killer was imperative, he added.

Mr Mukadam appealed to Prime Minister Shehbaz Sharif to issue a statement on Noor’s first death anniversary so that other daughters of this country could feel a sense of security.

Kausar Mukadam, Noor’s mother, recalled the painful day of July 20 when her daughter was murdered in cold blood. “In July, last year, my happiness was snatched. I was deprived of my daughter,” she said.

Noor had a dream of doing something for Pakistan, a teary Ms Mukadam said, adding that, “I think she had done that by resisting the ruthless killer [Zahir Jaffer] and exposing him”.

Rights activist Tahira Abdullah said Zahir Jaffer’s trial was completed in six months calling the timely completion “encouraging”. She, however, raised questions over the acquittal of the killer’s parents – Zakir Jaffer and Asmat.

On July 20, 2021, Ms Mukadam, 27, was found murdered at Zahir Jaffer’s house in Islamabad. Following the grisly discovery of her body, he was taken into custody.

According to the FIR registered by her father, he discovered that his “daughter had been brutally murdered with a sharp-edged weapon and beheaded”.

After a months-long trial, an Islamabad court sentenced Jaffer to death for the murder of Noor Mukadam on Feb 24. The court also found him guilty of rape and handed him 25 years of rigorous imprisonment and a fine of Rs200, 000.

The court sentenced two co-accused Mohammad Iftikhar and Jan Mohammad — both domestic servants at Jaffer’s house — to 10 years’ imprisonment. Iftikhar and Mohammad, who were working as watchman and gardener, respectively, were punished for aiding in the abetment of crime.

The parents of Noor Mukadam subsequently moved the Islamabad High Court seeking stringent punishments for the convicts besides contesting the acquittal of Jaffer’s parents. Similarly, the domestic staff of the convict approached the court against the punishments awarded to them.

Zahir Jaffer had also challenged the death sentence in the case.