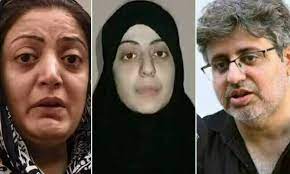 LAHORE: Father of Dua Zahra, the Karachi girl who contracted marriage against the will of her family, filed on Wednesday an application before a judicial magistrate with a request to hand over the interim custody of his daughter to the Child Protection and Welfare Bureau (CPWB) of Lahore.

Earlier, the same magistrate sent Zahra to Darul Aman as she cited threats to her life at the hands of her parents.

Syed Mehdi Ali Kazmi, the father, contended through his counsel Fahad Ahmad Siddiqui that an application filed by the girl wanting to go to Darul Aman was a result of another malicious scheme hatched by Zaheer Ahmad, the alleged husband of the girl.

He said Ahmad hatched the scheme after the courts ordered the police of Sindh and Punjab courts to arrest him and recover the minor girl from his illegal custody.

The applicant asked the magistrate to grant interim custody of her daughter to the child protection bureau instead of keeping her at the Darul Aman.

Magistrate Rizwan Ahmad would take up the application on Thursday.

The girl appeared before the magistrate along with her counsel seeking direction to send her to the government shelter.

Zahra said her relationship with her husband became strained and her life was also in danger at the hands of her parents and other relatives.

The applicant said she left the house of her husband and spent the previous night at the house of a relative. The girl said she had no place to live and wanted the court to send her to Darul Aman for her better security.

Magistrate Rizwan Ahmad allowed the application and directed a state prosecutor to ensure the shifting of the girl to Darul Aman of the city district government till further orders. 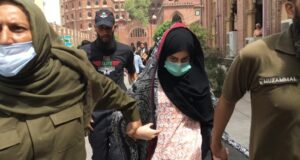 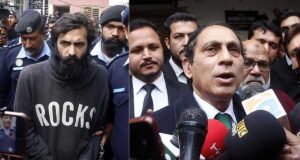