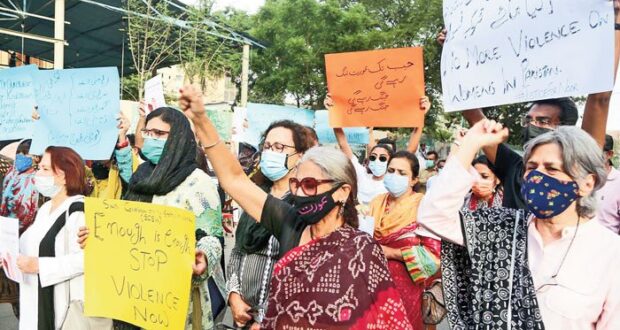 DADU: Two sisters of Ismail Dahiri, former adviser to Sindh chief minister, claimed on Wednesday that their influential brother was trying to kill them to occupy their share in ancestral landed property.

Fareeda Dahiri and Hameeda Dahiri told journalists after staging protest at Shaheed Benazirabad Press Club against their influential brother that Ismail Dahiri had registered false cases against their families and was trying to kill them to occupy their land.

They said that their brother’s armed men fired at their houses almost every day and night to scare them into withdrawing their right on the 25-acre piece of land, which their father had gifted them.

They said that their brother was not ready to give them their share and have the land registered in their names. They were receiving threats that they and their children would be killed if they kept demanding their share, hence if they were slain, their brother be responsible for their murder, they said.

They appealed to chief justices of Supreme Court and Sindh High Court to administer them justice and protect them and their children from their brother.