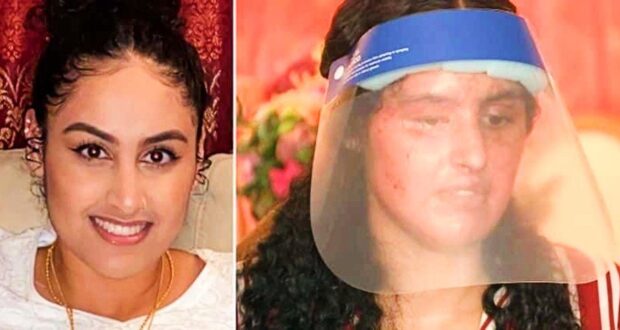 ISLAMABAD: Pakistan on Saturday assured “every possible assistance” to the family of Nafiah Ikram, an American citizen of Pakistani descent, who was left disfigured in an acid attack outside her New York home that also left her nearly blind.

“The Consul General of Pakistan in New York is in contact with the family and has offered every possible help,” Spokesperson of the Foreign Ministry Zahid Hafeez Chaudhri said in a statement.

Nafiah is an American citizen of Pakistani descent and is residing along with her parents in Long Island.

The spokesperson said the local police department had deputed a 12-member team to investigate the incident.

“We should wait for investigations to complete to ascertain the nature of the crime and the motive behind it,” Chaudhri said.

However, he said the Pakistan Embassy in Washington DC and Consulate General in New York would closely follow developments and would provide “every possible assistance” to the family.

Nafiah Ikram, 21, and her mother were getting out of their car outside their home on March 17 when an unknown man rushed up to her, threw a caustic liquid at her face and ran off. She was left severely burned and nearly blind.

Activists have demanded that the crime be investigated as an anti-Muslim hate crime.

Nafiah, who is studying medicine at Hofstra University, and has plans to be a doctor, was rushed to the hospital by her mother, who also works there.

Her father, Sheikh Ikram, 50, said that Nafiah was targeted on her way home from work.

Meanwhile, Police Commissioner Patrick Ryder asked anyone with information to come forward and call, announcing a $10,000 reward for information leading to an arrest.

“This attack was a vicious and heinous crime and I am personally requesting anyone with knowledge to come forward,” he said.

The attack left her hospitalised for 15 days, with severe burns to her face, eyes, neck, and hands, according to the New York chapter of the Council on American-Islamic Relations (CAIR), a Muslim civil rights group.