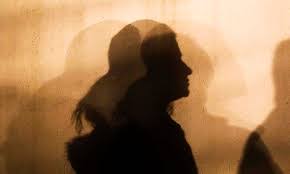 DERA GHAZI KHAN: The police has made latest revelations in the DG Khan academy’s sexual assault scandal involving numerous of girls on Tuesday. The police stated that one of the suspects succeeded in fleeing the country, whereas the other one has acquired bail.

Lahore High Court’s Multan bench granted bail to the suspect Mujahid Hussain until October 8.The decision came after the police stated that they have apprehended another suspect identified as Javed, who allegedly was responsible for running the academy from 2012 onwards.

The police further stated that another suspect in the case, Habib, has been successful in escaping the country, while the fourth accused Usama would be be arrested soon.

“So far 20 videos documenting the sexual assault incidents at the academy have been received,” the police stated.

Earlier on Monday, police apprehended a gang allegedly involved in sexual assault of girls at an academy in DG Khan, after the videos of the assault made rounds on social media.

According to the police, Akhter confessed that the institute was being used for illegal activities. “Officially, the varsity was closed because of the coronavirus pandemic but we have been using the building’s ground floor,” he said.

Akhter named three other men, Mujahid, Osama, and Habib, as his accomplices. They are presently on the run.

Regional Police Officer (RPO) of DG Khan Faisal Rana has stated that they had apprehended one of the suspects involved in the heinous crime, while three people have so far been identified for their involvement in the crime.

“The arrested suspect used to blackmail the girls through the secretly filmed videos,” the DPO said adding that they were conducting a forensic analysis in the videos to verify their authenticity and credibility.

As per the initial investigation, the RPO stated that the police has been successful in identifying three areas in the academy where sexual assault of the girls was allegedly filmed using hidden cameras.

The educational institute is located in Block-7 in DG Khan city. People living in the neighborhood urged the police to crackdown against the suspects, according to local journalists.