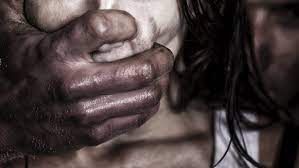 MUZAFFARGARH: Three cases of rape, two of them involving minors, were registered with different police stations in the district on Monday.

A four-year-old girl was raped by an eight-year-old boy and police registered a case against him under Section 376 of the PPC with the Alipur Saddar Police Station.

A widow, Bahar Mai, complained to police that an eight-year-old boy had raped her four-year-old girl. She alleged that the girl was in unconscious condition when she found her and took her hospital for treatment. Police registered a case against the boy and arrested him.

In another case, a 13-year-old boy was raped by a mobile phone shop owner. The case was registered with the Ber Mir Hazaar Police Station.

In the third case, a 20-year-old girl was raped by a man when she cutting fodder in the fields in the Sher Sultan police area. Police registered a case against the suspect identified by the girl.