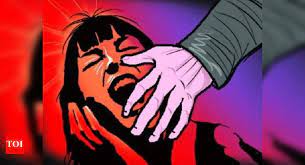 SAHIWAL: Police arrested a youth who had allegedly been raping a mentally challenged girl in Bashir Town locality for the last three months.

According to Farid Town police, the widowed mother of the 16-year-old girl filed a complaint that a local youth had been raping her daughter who was mentally challenged.

On her complaint, Kot Khadim Ali Choki in-charge Waqas Ali traced the location of the suspect through GPS and arrested him.

During interrogation, the suspect confessed he had been raping the girl for the last three months, Waqas Ali said.

A rape case was registered against the suspect.