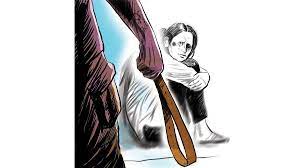 LAHORE: The Punjab police department has decided to set up ‘women anti-harassment and violence cells’ to ensure prompt registration of cases and investigation of crimes reported against women.

Presiding over a video link conference of regional police officers (RPOs) here on Monday, Inspector General of Police Inam Ghani directed them to ensure establishment of the cells in their jurisdiction within a week and launch a public awareness campaign.

He directed DIG Operations Sohail Sukhera to monitor the project to ensure that it goes ahead within the given time.

DIG Investigation Shariq Kamal was directed to monitor all cases to be handled by the cells to ensure prompt investigation and timely submission of challans to courts.

Policewomen will run these cells as ‘victim support officers’ (VSOs) to provide all possible assistance to the aggrieved women.

The IG said the VSOs would be present with affected women during investigation and court trial to assist them on matters related to the case. He ordered provision of dedicated telephone lines to the cells to ensure timely response.

The IG said special attention should be paid to the awareness campaign on crime prevention through print, electronic and social media, women safety app and Anti-Harassment and Violence Cells.

“The registered cases will be investigated by experienced and competent officers while the SDPOs concerned will monitor each case and spare no effort in providing justice to the affected women,” he said.

Share0Pin0Tweet0LinkedIn0Email0
gender based violence 2021-08-31
admin
Previous: Police arrested a youth for teasing a girl
Next: Minor boy, two others booked for rape