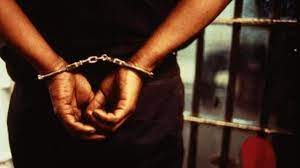 Posted by: admin in Gender Based Violence July 31, 2022 Comments Off on Man remanded for assaulting, killing minor girls 56 Views

PESHAWAR: A local court on Saturday sent a man arrested on charges of assaulting three minor girls and murdering two of them on a 14-day judicial remand.

Earlier, a court had granted the police one-day physical custody of Sohail alias Hazrat Ali, a resident of Sufaid Dheri. He was arrested on Thursday.

The suspect was presented before the judicial magistrate, where he confessed to the crime. The court was informed that the suspect sexually assaulted three minor girls in the limits of the cantonment police station and murdered two of them.

He is alleged to have murdered two minor girls on July 3 and 17 after assaulting them. He assaulted another one on July 10.