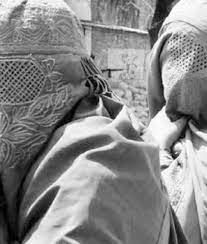 Posted by: admin in Miscellaneous News July 31, 2022 Comments Off on Reality of women’s life in tribal areas 36 Views

THIS is with reference to the report ‘Jirga bars women from recreational spots in Bajaur tehsil’ (July 17). Even in Afghanistan, according to a government decree, women can travel more than a distance of 45 miles when accompanied by a mehram, but the Bajaur jirga has slapped a ban on women’s visits to tourist/picnic spots with or without the mehram.

Convening of the Bajaur jirga and the said resolution was spearheaded by leaders of the local chapter of the Fazlur Rehman group of Jamiat Ulema-i-Islam (JUI-F), which is also one of the influential members of the ruling coalition.

There was another resolution of the jirga that ran counter to the ban on women’s movements. The jirga asked the local authorities to provide jobs only to local residents in the district.

When there is such a draconian ban on women’s movement, wherein they cannot visit tourist/picnic spots even if accompanied by their husbands, how would tourist families from the rest of the country dare to enter the district? Does anyone realise that tourism creates jobs and income for the locals? What would happen to their future?

While justifying the ban, the local party leaders dubbed the social activity ‘unethical’, and in contrast to ‘our customs and traditions based on Islamic principles’. With such a mindset among the local male population, one can imagine how women are treated inside the four walls of their houses.

Women in rural areas live what can at best be described as a slave’s life. From begetting children and rearing them, she has to take personal blame if she fails to give birth to a male child. She may bear the consequences in the form of her husband marrying another woman or her own divorce or even death at the hands of in-laws.

Preparing food, feeding the large joint family, tending to a herd of domestic animals, helping her man in the farming fields, and walking home with a heap of dry woods perched over her head is the daily routine a woman has to follow in those circumstances.

Women rights organisations in big cities, like Islamabad, Lahore and Karachi, have in their mind the living conditions of the urban, educated women when they make their demands. They dare not enter a mud house in rural, tribal area where women are treated as chattel in the true sense of the word.