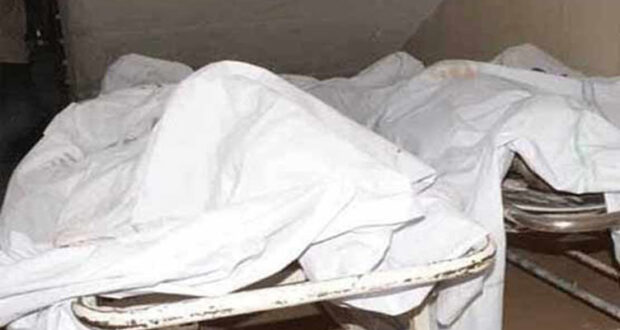 Posted by: admin in Domestic Violence 29 days ago Comments Off on Man kills mother-in-law, injures wife before suicide 20 Views

SAHIWAL: A man critically injured his second wife and her mother before killing himself in the neighbourhood of Muhammadpura, Arifwala, on Sunday.

Later, the mother-in-law died at Sahiwal Teaching Hospital on Monday.

Iftikhar, of Sori Gali, and Sabah were both paramedics at a private hospital when they married. It was Iktikhar’s second marriage. The couple had a daughter.

Later, Sabah got separation from Iftikhar because of domestic problems and started living with her mother. The police say Iftikhar tried to reconcile with Sabah, but she refused to live with him.

On Sunday evening, Iftikhar came to Sabah’s mother’s house, shot both women and later killed himself.

Rescue 1122 shifted the injured women to the Arifwala THQ Hospital, from where his mother-in-law was shifted to the Sahiwal Teaching Hospital, where she died.