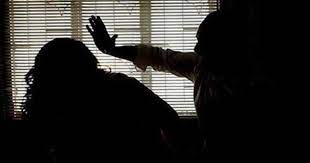 Posted by: Fatimah Hassan in Gender Based Violence 10 days ago Comments Off on Love-marriage couple kidnapped, woman gang-raped in Faisalabad 6 Views

TOBA TEK SINGH: A love-marriage couple from Okara was allegedly kidnapped by five people dressed in police uniform from a house in Faisalabad’s Chak Garh Fateh Shah on Jan 13 night.

They took them to an undisclosed place, where two of them gang-raped the woman.

The couple said they were living in the house of a friend of the groom when the gang kidnapped them. After the gang rape, the gang dropped them off at Mushtaq Chowk on Jan 14 at 5am.

The Garh police registered an FIR on Friday against two nominated suspects. The suspects snatched two mobile phones, a golden earring, and a ring.

The Faisalabad police spokesperson said the raids were being conducted to arrest the suspects.